On a call by the Samyukt Kisan Morcha, over 32 farm unions will take the protest to streets and highways and roads will remain blocked from 12 pm to 2 pm. 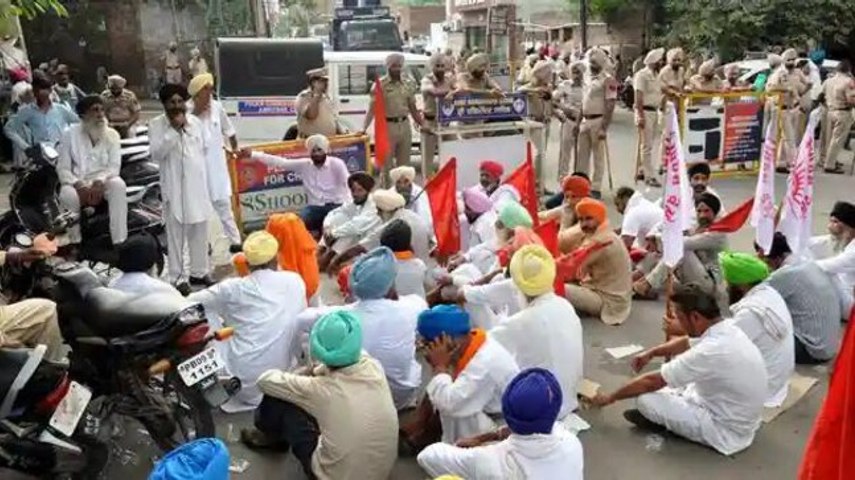 Today is Sunday and people usually go out with their families to relax and refresh themselves after a long week. However, this weekend, people in Punjab are advised to cancel their plans and stay home as farmers are protesting and highways and roads will be blocked.

As per information, the farmers will hold state-wide dharna near PAP to protest against Haryana Police lathicharge on farmers in Karnal on Saturday. The entire stretch from PAP to Rama Mandi will remain block.

Expressing their anger against the lathi charge on farmers who came to protest against Chief Minister Manohar Lal Khattar in Karnal, the farmers of Punjab will demonstrate against the Haryana police’s brutality today. On a call by the Samyukt Kisan Morcha, over 32 farm unions will take the protest to streets and highways and roads will remain blocked from 12 pm to 2 pm.

On Saturday, at least ten farmers were reportedly injured after Haryana police resorted to lathi-charge to disperse the crowd of gathered farm protesters marching to Karnal. Protesting against the Center’s controversial agriculture laws, the delegation of farmers were moving towards Karnal to interrupt a meeting of the ruling BJP legislators.

Later, on a call by the Samyukt Kisan Morcha, farmers in Abohar blocked national and state highways for an hour.

Today, farmers in Punjab are protesting against Haryana authorities and looking into the sensitivity of the matter, people are advised to leave home only when necessary.
It’s been over nine months since farmers have camped on the borders of Delhi and are protesting against what they call ’black laws’ of the BJP government. Over 600 farmers have lost their lives but the matter is not resolved yet.