Why Punjab could do better without a Partial Lockdown

Punjab was one of the first states to voluntarily place full lockdown last year. So why are the officials shying away from a total lockdown this time? 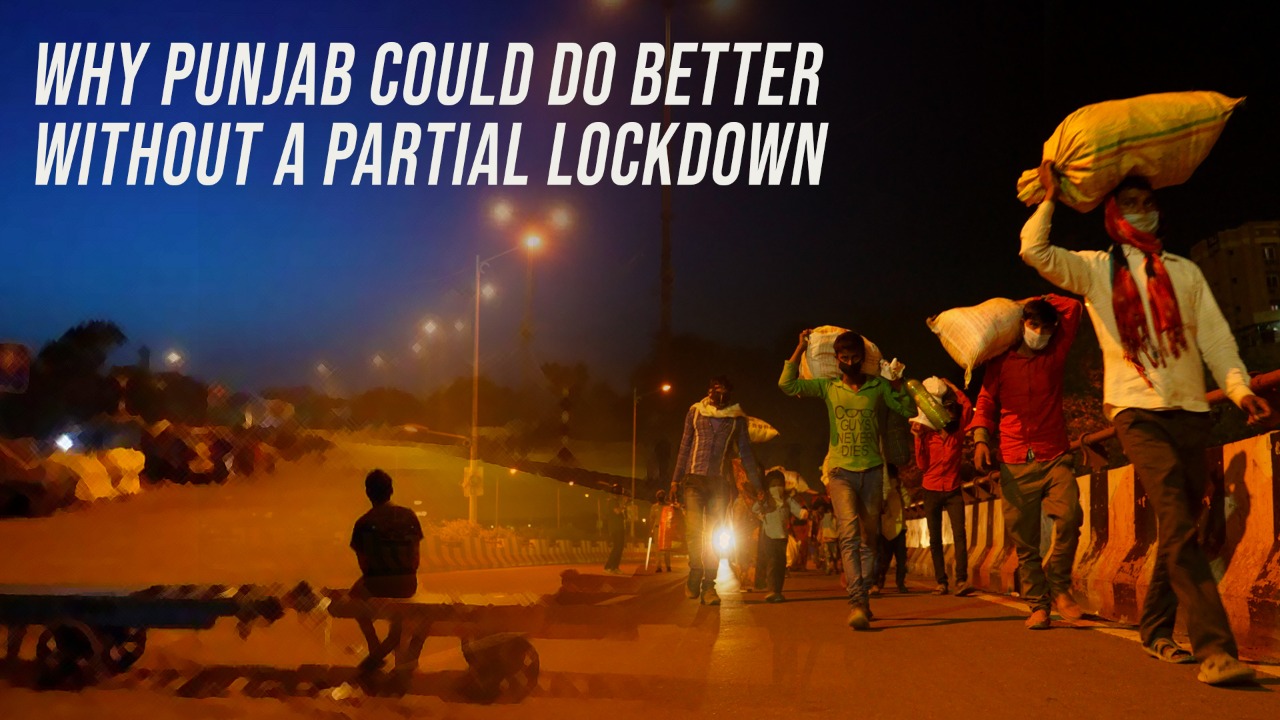 The rickety foundation of Punjab is owed partially to the national crisis but mostly to some ­abysmal decisions on personal and state level. #FarmersProtest grabbed the World’s attention. Despite the surge in COVID cases, hordes of farmers held rallies in North India without masks and social distancing. Similarly, Nagar Nigam elections were conducted just as they were in times before COVID. Additionally, many infected people were allowed to enter our State without proper COVID tests.

States like Maharashtra and Delhi have started witnessing early signs of decline. While many states in similar situation have resorted to a full lockdown, Punjab seems to be determined not to opt the popular choice. Despite a great attempt at strict enforcement of restrictions in Punjab, the number of average cases continue to increase.

Punjab’s Chief Minister, Capt. Amarinder Singh, has clearly stated that Punjab’s industries, and its people, cannot afford another economic hit like last year. Our leader has the poor, the daily wagers to think about. However, the State government hasn't exempted any taxes or given any form of economic relief to its people. While Ministers like Pinarayi Vijayan are setting examples by exempting bill collection for next two months, Punjab's State hasn't initiated any such schemes.

The possibility of violation, and hence reckless spreading of the virus, becomes much more likely if the lockdown is partial. Relaxation times allowed by Administration are enough to encourage the unyielding virus to breed in the open. Even the most affected city of Punjab, Ludhiana, hasn’t been placed on a full lockdown. Can the State afford to run the risk of delayed action?

Also Read: This could be Punjab's only way out of this chaotic state

The whole healthcare system is down on its knees. Medical preparedness will make or break us. Several fundraisers have been setup by people to support the authorities in acquiring the required medical supplies.  From medical oxygen to the drug used to treat COVID Positive patients, everything has a shortfall right now. Medical failure is a clear consequence of the lack of inertia that took over Punjab in the beginning. People from different states have been reported to flee to Punjab for treatment; admission of out-of-state patients when Punjab’s own are fighting for the most basic medical facilities is another moral dilemma that authorities face.

We’re clearing playing on the defense now. What is Punjab doing to ensure that Industries operating during this time are strictly following the guidelines? How many audits and inspections have been randomly conducted to ensure that private institutions are following the norms?

Official announcement of aggressive vaccination drive in Punjab was followed by shortage of supplies of doses. Not all blame can be placed on Punjab government’s feet though; the people of Punjab have an equally important role to play. The gravity of this situation is known by all.

While masks have become increasingly common, what’s still missing is the realization that just a mask won’t save you from this deadly variant.

There are pros and cons to every decision. The only thought worth pondering upon is – why is our government choosing economic health of Punjab’s industry over the lives of its men and women?