Ahead of assembly elections, Punjab reports the first case of Omicron variant, a 36-year-old man has tested positive. 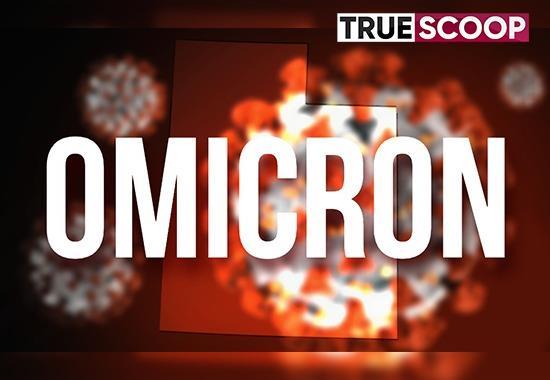 Punjab reported its first Omicron case. A 36-year-old man, who returned from Spain on December 4, tested positive for the new variant of the virus.
According to the preliminary information by the health department, the man came to visit his relative in Nawanshahr. It further said that his report was tested negative upon his arrival in the country but later on December 12, he was tested positive for the virus.
He was immediately admitted to the hospital and his samples were sent for genome sequencing at the facility set up at the Patiala’s Government Medical College. State Nodal officer for Covid-19, Dr Rajiv Bhaskar said, “The genome sequencing report declaring him positive for the Omicron variant came on December 28”.
Also Read: Punjab Elections: Congress to shun over dozen MLAs, 50 poll candidates finalised
He was once again tested and his reports came negative. After this, he was discharged from the hospital.
Reportedly, he came into contact with thirteen people and out of those two were tested positive for the virus. Fortunately, they have also tested negative and have been discharged from the hospital.
However, the positivity rate in the state has been increased to 0.3 percent from 0.2 percent and the positivity rate in five of Punjab’s cities has been more than 1 percent. These cities are – Nawanshahr (5.83 percent), Pathankot (3.6 percent), Patiala (1.67 percent), Bathinda (1.57 percent) and Jalandhar (1.06 percent).
Also Read: ‘Shooter’ movie based on Gangster Sukha Kahlwan to finally release after two years of ban
Punjab Deputy CM OP Soni, who also holds the health portfolio, has ordered health officers to increase covid-19 testing. Earlier, about 25,000 tests were conducted daily in the state and after the first Omicron case, the government has ordered to increase it to 40,000. However, as the assembly elections were approaching the testing was decreased to 10,000 tests/ day.
Ironically, the first Covid-19 case reported in Punjab was from Nawanshahr and was returned from Spain. At that time, a granthi Sikh returned from a European country and he was alleged to be a super-spreader of the virus as he came to contact with many people.
The first Omicron case is a threat in Punjab because the Nawanshahr belongs to Punjab’s Doaba region, which is a hub of NRIs. Doaba region covers four cities, including, Jalandhar, Hoshiarpur, Nawanshahr and Kapurthala. Earlier, as well Covid-19 spread from Nawanshahr to the Doaba region to Punjab and now the concern rises that will history repeat itself?
On Thursday, with 180 new cases of Omicron detected, India's Omicron tally rose to 961, in the last 24 hours. Of these, 320 have been discharged after recovery.