A day earlier, he equaled Bhajji’s record of 417 wickets while LBW to Will Young. Author : Priyanka Vinayak 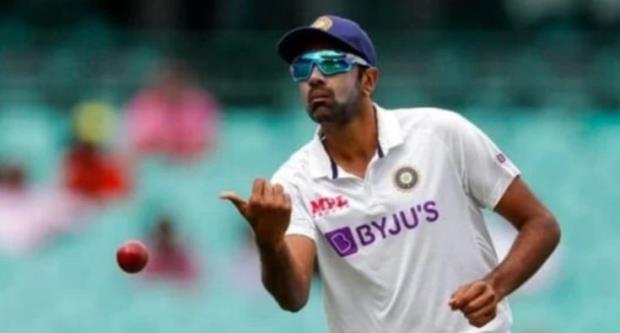 India spinner Ravichandran Ashwin on Monday surpassed Harbhajan Singh to become the country's third-highest wicket-taker in Test cricket. Ashwin bagged the crucial wicket of opener Tom Latham to stage Team India's comeback in the ongoing 1st Test between the hosts and New Zealand at Kanpur's Green Park Stadium. A day earlier, he equaled Bhajji’s record of 417 wickets while LBW to Will Young.

Ashwin broke Pakistan legend Wasim Akram’s record for most Test wickets on the third day of the Kanpur Test. Ashwin currently has 418 Test wickets to his name. Bhajji was quick to congratulate Ashwin for surpassing him and wished he gets many more wickets as well. He wrote, “Congratulations @ashwinravi99.. Wish you many more brother.. God bless.. keep shining..”

“I never believed in comparisons. We played our best cricket in different times, against different opposition. I had done my best for the country back then and ditto for Ashwin, he did his best now,” the former India spinner said.

Ashwin is now behind Anil Kumble and Kapil Dev in India's all-time list of highest Test wicket-takers. Kumble, the legendary leg-spinner, had registered 619 scalps in 132 Tests while the former Indian skipper, Kapil Dev, had scalped 434 wickets in 131 appearances.

Ravichandran Ashwin is an all-rounder who bats right-handed and bowls right-arm off-break, he plays for Tamil Nadu in domestic cricket and Delhi Capitals in the Indian Premier League. He is the fastest Indian bowler (also in some records the joint-fastest in the world) to reach the 50-, 100-, 150-, 200-, 250-, 300-, 350- and 400-wicket mark in Test cricket in terms of number of innings. He has won eight Man of the Series awards in Test cricket, which is the highest by an Indian cricketer.