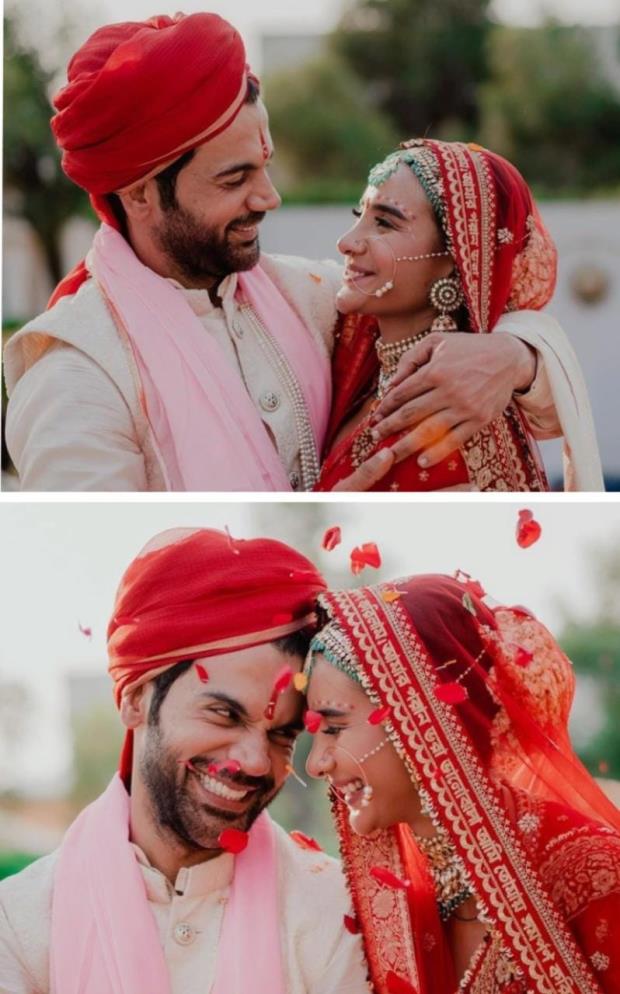 Rajkummar Rao, on Saturday morning, shared new pictures from his and Patralekhaa's wedding. The couple got married in an intimate ceremony in Chandigarh on Monday. The pictures are just too cute. For Rajkummar Rao and Patralekhaa's wedding, Sabyasachi was the official wedding couturier. The actor simply accompanied the post with a red heart emoji. No caption is needed. The post got a whole lot of love from Rajkummar Rao's Instafam. Patralekhaa and Rajkummar dated for over 11 years before getting married. They co-starred in the film CityLights.

Rajkummar, after getting married, shared a super cute picture with Patralekhaa and he wrote in his caption: "Finally after 11 years of love, romance, friendship, and fun, I got married to my everything today, my soulmate, my best friend, my family. Today there is no greater happiness for me than being called your husband Patralekhaa. Here's to forever... And beyond."

Patralekhaa made her debut in Bollywood opposite Rajkummar Rao in the film CityLights. The actress has also starred in films such as Love Games, Badnaam Gali, and Nanu Ki Jaanu, to name a few.

Rajkummar Rao stepped into the film industry with Love, Sex Aur Dhokha. His breakout role was in the 2013 film Kai Po Che! Rajkummar has also featured in critically-acclaimed films like CityLights, Shahid, Omerta, Newton, and Aligarh. The actor recently starred in Hum Do Hamare Do. His upcoming projects include Badhaai Do and Monica, O My Darling.