Previous clips of competitors grilling Rakhi about her marriage and spouse Ritesh are shown in the video. 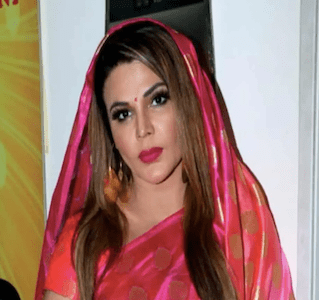 Rakhi Sawant turns 43 today. On her birthday there is good news for her fans. Rakhi Sawant is ready to return to Bigg Boss 15 with her husband, Ritesh. Ritesh had previously made news for his mysterious disappearance from the actress' life since they married in 2019. Viewers get a glimpse of Ritesh in the new BB 15 promo.

Previous clips of competitors grilling Rakhi about her marriage and spouse Ritesh are shown in the video. The actress appeared to be outraged about it as well. But then she announces that the wait is over and that she is ready to join him in Bigg Boss 15.
Rakhi asks him if he would accompany her to the home in the promo. 'Zarur' (sure) is his response. Only his back is seen in the video. He is dressed in a black suit and seated in a chair.

Rakhi, who first entered the house in Bigg Boss 14, was dubbed the season's best performer. She made headlines not just for flirting with Rubina Dilaik's husband, but also for her relationship with him.

Rakhi spoke out about Ritesh on the show, their marriage problems, and her intentions to start a family.

Several others stated she isn't married and is merely using the tag for attention. However, now that Rakhi has been brought on board for the programme, the image will be clearer. It will be interesting to observe how the two fare in the game.