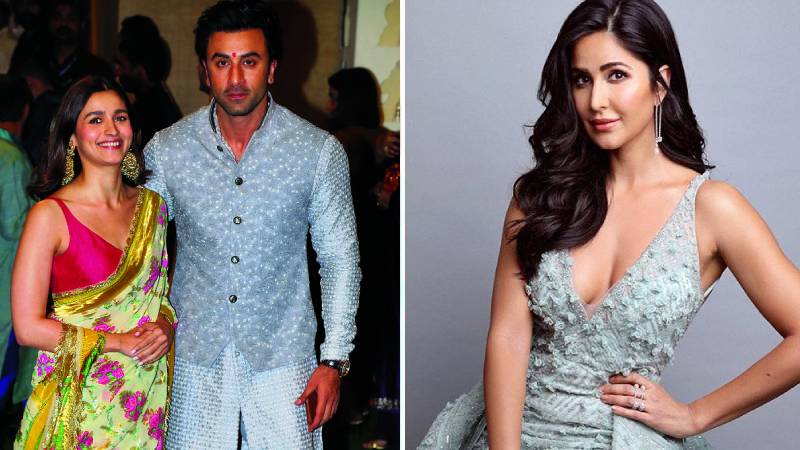 Ranbir Kapoor and Alia Bhatt are popular couples in the Bollywood film industry. The two have been dating each other for the last three years. Both of them are often spotted together. Going by the reports, Ranbir and Alia are busy finding a new home for themselves in Mumbai. It is being told that after marriage, both will live together in this house.

A few days back, Ranbir and Alia were spotted at a construction site along with mother Neetu Kapoor. Going by the reports of Pinkvilla,  Alia and Ranbir have loved the newly constructed building of 'Joy Legend' in Bandra Pali Hill. Alia, Ranbir, and mother Neetu Kapoor loved the construction of the penthouse but Neetu is taking time to negotiate for the couple's forever home post their wedding.

However, the news portal revealed that Bollywood actress Katrina Kaif enquired about the same building and showcased her interest for buying it before the lockdown. A source was quoted who said, "The chances of Katrina Kaif buying the house in the same building as Ranbir and Alia is minimal as Katrina ko itna invest nahi karna hai Mumbai ke apartment mein filhaal toh but you never know."

Interestingly, Katrina is the former girlfriend of Ranbir Kapoor, and both of them dated for years. In fact, Kareena Kapoor during in Karan Johar's show called Katrina as her 'sister-in-law'.

On the work front, Alia and Ranbir will next be seen in the first installment of director Ayan Mukerji’s superhero adventure trilogy Brahmastra. The film also stars Amitabh Bachchan, Nagarjuna, and Mouni Roy. Alia will also feature in Sanjay Leela Bhansali’s Gangubai Kathiawadi.