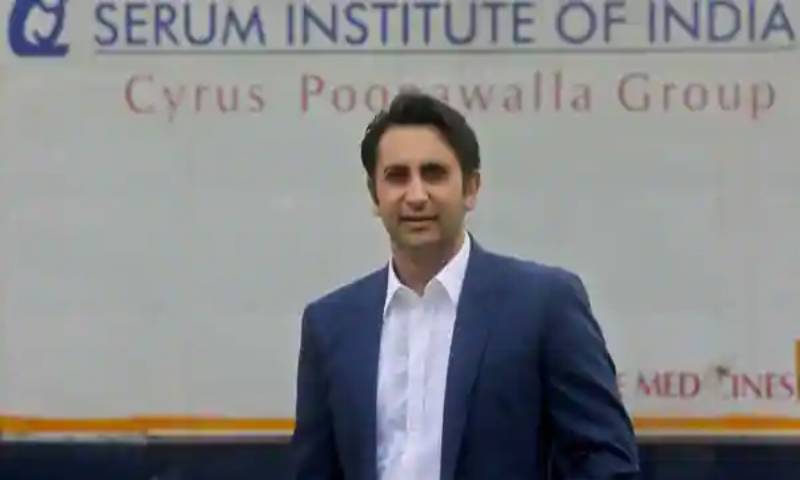 India’s Saturday night has brought surprising news for its public at the time when the nation is battling against the deadly second wave of coronavirus. Serum Institute of India CEO Adar Poonwalla, the world’s biggest vaccine manufacturer has escaped to the United Kingdom as the situation grows gruesome here.

According to the media reports, CEO Poonwalla has claimed that he has received threat calls from powerful men of the country including chief ministers of the Indian states and corporate biggies to deliver the Covid-vaccine at the earliest to them.

He terms these calls as “incessant and very menacing,”

Threats’ is an understatement,” Poonawalla says. “The level of expectation and aggression is really unprecedented. It’s overwhelming. Everyone feels they should get the vaccine. They can’t understand why anyone else should get it before them.”

The calls begin cordially, but when Poonawalla explains that he cannot possibly meet the callers’ demands “the conversations go in a very different direction”, he says. “They are saying if you don’t give us the vaccine it’s not going to be good . . . It’s not foul language. It’s the tone. It’s the implication of what they might do if I don’t comply. It’s taking control. It’s coming over and basically surrounding the place and not letting us do anything unless we give in to their demands.”

However, his escape at the time when flights to the UK are suspended, Poonawalla lands in Britain in his private-jet claiming a business tour. His safe escape hasn’t been accepted warmly by the Twitteratis as people say that Poonawalla does not trust his own vaccine i.e. Covishield, which is being inoculated to the population till now.

It may be noted here, the Poonawalla's are now the sixth richest family in India with a jet-setting lifestyle to match. Poonawalla and his glamorous wife, Natasha, have luxurious homes in Pune, Mumbai, and London, paintings by Picasso, Dali, Rembrandt, and Rubens, private planes, a helicopter, and a collection of 35 classic cars.

Check out the reactions here:


According to this report, ⁦⁦@adarpoonawalla⁩ has flown off to London. ⁦@AstraZeneca⁩ should give manufacturers licenses to other vaccine makers in India. ⁦@SerumInstIndia⁩ monopoly will kill millions of Indians. ⁦@MoHFW_INDIA⁩ ⁦ https://t.co/jrs37utaq0