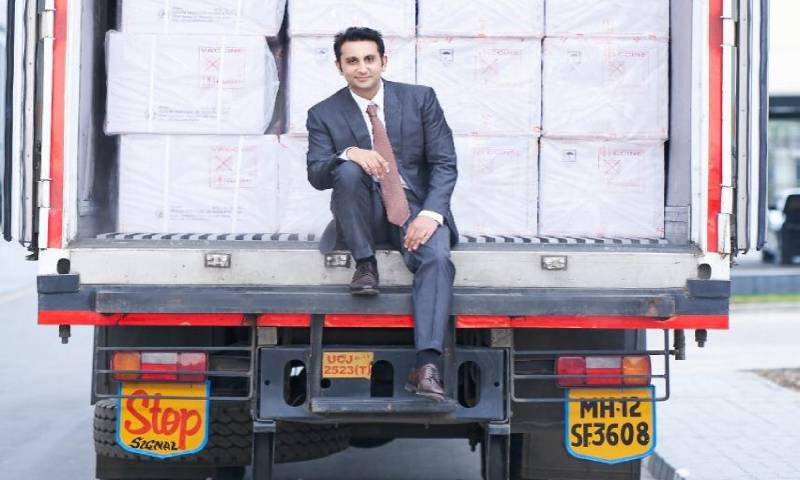 The phone calls are the worst thing, says Adar Poonawalla, the biggest manufacturer of vaccines in the world. They are incessant and very menacing, adds the man whose Serum Institute is producing 90 percent of India’s Covid-19 vaccines at a time when the pandemic is rampaging through the second most populous country on Earth, causing fear, panic and death on an appalling scale.

The calls come from some of the most powerful men in India. They come from the chief ministers of Indian states, heads of business conglomerates, and others demanding instant supplies of Covishield, as the AstraZeneca vaccine is known in India. “ ‘Threats’ is an understatement,” Poonawalla says. “The level of expectation and aggression is really unprecedented. It’s overwhelming. Everyone feels they should get the vaccine. They can’t understand why anyone else should get it before them.”

The calls begin cordially, but when Poonawalla explains that he cannot possibly meet the callers’ demands “the conversations go in a very different direction”, he says. “They are saying if you don’t give us the vaccine it’s not going to be good . . . It’s not foul language. It’s the tone. It’s the implication of what they might do if I don’t comply. It’s taking control. It’s coming over and basically surrounding the place and not letting us do anything unless we give in to their demands.”

The calls, and throngs of desperate people who gather outside the Serum Institute’s 100-acre, state-of-the-art campus in Pune, 90 miles east of Mumbai, explain why Poonawalla has been offered a government security detail, and why the campus now has round-the-clock police protection.

They are partly why Poonawalla flew to London to join his wife and two children hours before Britain banned travelers from India eight days ago. “I’m staying here an extended time because I don’t want to go back to that situation,” he says. “Everything falls on my shoulders but I can’t do it alone . . . I don’t want to be in a situation where you are just trying to do your job, and just because you can’t supply the needs of X, Y or Z you really don’t want to guess what they are going to do.”

He is also here on business. He says he is planning to start vaccine production in countries outside India. Would that include Britain? “There’s going to be an announcement in the next few days,” he replies coyly, but it is worth noting that Lord Udny-Lister, until recently one of Boris Johnson’s top aides visited the Serum Institute in March, and that the prime minister was also due to visit it on his canceled trip to India this week.

The Poonawalla's are now the sixth richest family in India with a jet-setting lifestyle to match. Poonawalla and his glamorous wife, Natasha, have luxurious homes in Pune, Mumbai, and London, paintings by Picasso, Dali, Rembrandt, and Rubens, private planes, a helicopter, and a collection of 35 classic cars.

When Covid-19 appeared at the start of 2020 Poonawalla took a huge gamble. Long before he knew whether a vaccine would be forthcoming, he began dramatically expanding his production facilities and signed a deal to produce a billion doses of whatever the Oxford University-AstraZeneca researchers came up with.

He struck gold. By the time the AstraZeneca vaccine was approved in January he had increased his annual production capacity from 1.5 to 2.5 billion doses at a cost of $800 million, and stockpiled 50 million doses of Covishield. He began exporting to 68 developing countries — and Britain — because India itself appeared to have defeated the pandemic. “India has saved humanity from a big disaster by containing [Covid-19] effectively,” Narendra Modi, its prime minister, boasted to January’s online World Economic Forum in Davos.

“I thought, ‘We’ve done our bit,’ ” Poonawalla says wryly. “We’d struggled through 2020 to get everything ready. I thought I could put my feet up and take a vacation, but it’s been the exact opposite. It’s been chaotic.”

Modi was guilty of hubris. Since March Covid-19 has raged across India like “a tornado”, says Poonawalla. The country’s health system has all but collapsed. Its cities are designating parks and car parks for funeral pyres but running out of wood.

Amazingly the government has continued to permit election rallies, test matches, and religious festivals like the Kumbh Mela, which attracts millions of pilgrims. The novelist Arundhati Roy has accused Modi’s administration of an “outright crime against humanity”, but Poonawalla declines an invitation to apportion blame. “If I give you the right answer, or any answer, my head would be chopped off . . . I can’t comment on the elections or Kumbh Mela. It’s too sensitive,” he says before adding: “I don’t think even God could have forecast it was going to get this bad.”

The institute is now being accused of profiteering. Hitherto it has sold all its supplies to the government at a price of 150 rupees ($2) per dose, which barely covered its costs. From next week it can sell half its production to states and private hospitals and will charge 300 rupees ($4) a dose to the former and 600 rupees ($8) to the latter. Poonawalla calls the profiteering charge “totally incorrect”. He acknowledges the institute will make money from the higher price but insists Covishield will still be “the most affordable vaccine on the planet”.

Poonawalla finds himself in a unique and remarkable position as mankind fights the most deadly pandemic of modern times, one that has already cost more than three million lives. “I’ve always had this sense of responsibility to India and the world because of the vaccines we were making, but never have we made a vaccine so needed in terms of saving lives,” he says.

The pressures are correspondingly enormous. He will not say if Modi calls him in person, but acknowledges regular conversations “at the highest levels” of government. He occasionally plays tennis to relax, but no longer dares to ride for fear of injuring himself. “It’s very stressful. There’s no other way to describe it. There’s no silver bullet. We just have to manage the situation and save as many lives as we can,” he says. At times “I’ve struggled, I tell you. It’s been a rollercoaster of a ride . . . I’ve lost a lot of hair, to say the least.”

Initially, he felt “a proud sense and feeling that people were depending on me, and I was doing my best to save and protect the nation and the world”, but he admits feeling disheartened by what he describes as the present negativity towards the institute. Despite all the “sweat and tears”, instead of being “appreciated and supported”, he complains, “we are being vilified and blamed”.

He hopes that posterity will judge him more favorably. “That’s what calms me down,” he says. “We have done the best we can without cutting corners or doing anything wrong or profiteering. I’ll wait for history to judge.” In the meantime, he hopes other Indian vaccine manufacturers will step forward in the coming months so “people will forget about me”.

Get the latest update about AstraZeneca, check out more about Business Tycoons, Powerful Men of India, CMs & Vaccine Production