The survey was meant to evaluate the impact of the COVID second wave pandemic on the country's real estate sector. 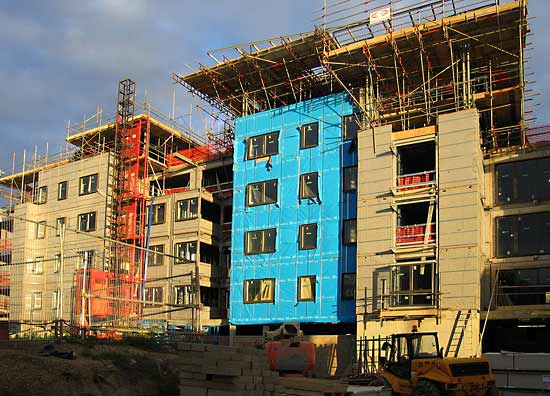 Several sectors in the market have felt the harsh burn of the second wave of Coronavirus and real estate is one of them. According to the survey by the Confederation of Real Estate Developers' Associations of India (Credai), about 95% of developers are in fear of project delays while labour shortage at the project locations has gone up to 92 per cent due to the pandemic infused lockdown.

The survey further added that 83% of projects are being undertaken with less than half the workforce and over 82 per cent of builders are facing project approval delays.

Credai published findings of its first-ever industry survey conducted across North, East, West and South zones taken between May 24 and June 3, 2021. The survey was meant to evaluate the impact of the COVID second wave pandemic on the country's real estate sector.

Harsh Vardhan Patodia, President, CREDAI National said that the real estate sector had been flexible in bouncing back on the recovery path post the first wave of the pandemic, despite little relief measures. “However, the second wave has prompted us to reflect and re-evaluate the growth path of the industry, and we felt it was vital to assess the challenges faced by the customers and industry partners in light of the recent developments. The findings reveal that the second wave has had a more debilitating impact on the real estate sector than the first wave,” he stated.

"Added factors such as a recent spike in construction materials including steel, cement etc have contributed to more than 10% increase in construction cost for more than 88% developers. Various financial constraints and liquidity crunch are further adding to the problem, with 77% of developers experiencing issues in servicing of existing loans, 85% of developers facing disruptions in the planned collection, and 69% are facing issues in the disbursement of customer home loans," he added.

Indicating a shift in consumer behaviour, the survey shows that the second wave has been devastating and has caused 95 per cent of homebuyers to postpone their purchase decisions. Customers are now sceptical and uncertain and this has led to a decline in demand.

Approximately, 98% of builders are suffering from decreased customer enquiries.