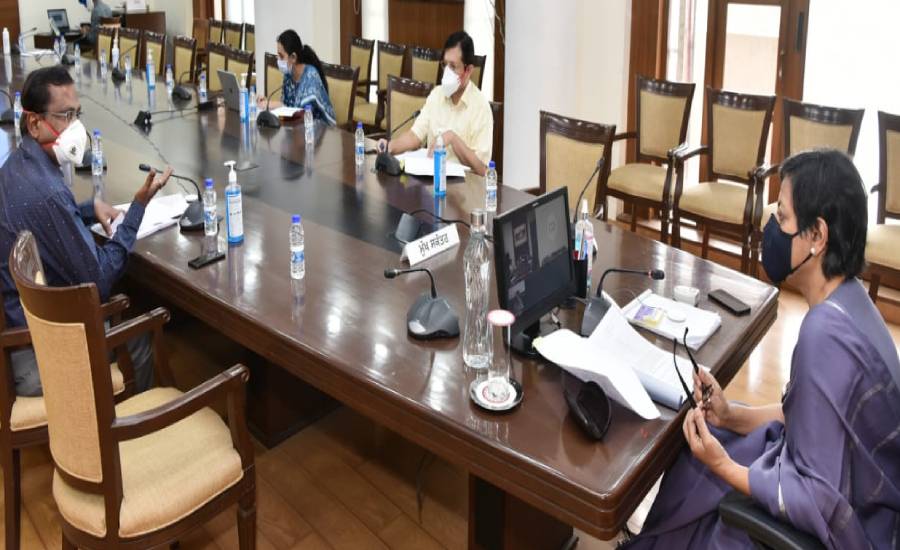 In order to make the roads safer and smoother for commuters in the state, Punjab Chief Secretary, Ms Vini Mahajan, on Monday directed the concerned departments and National Highways Authority of India (NHAI) to rectify all the black spots identified on the highways passing through the state so that the precious human lives, being lost in the road accidents, could be saved.

Besides, she also asked the Principal Secretary, Finance, to explore the modalities to procure hand-held e-challaning machines for the traffic police to issue e-challans on-the-spot to the traffic violators.

The Chief Secretary issued these directions while chairing a meeting of the high-powered committee for identification and rectification of black spots on the National Highways (NHs) and other state roads (SHs), in the state.

It was on the directions of the Chief Minister Captain Amarinder Singh that the ‘Safe Punjab’ programme, had been launched as a joint initiative of the Punjab Police, Public Works Department (PWD), and Transport Department besides involving all the district administration to make the state roads safer and smoother.

The Director-General, Road Safety, a Lead Agency constituted by the Punjab Government, R Venkat Ratnam, apprised the Chief Secretary that as many as 391 accident-prone black spots spread across 12 districts in the state had already been identified as a part of the scientific study based on the accident severity index.

Of these black spots, 264 killer locations were found on the NHs, 64 on the SHs, 6 on the link roads, and 54 on the roads within municipal limits in the state.

The meeting was informed that the NHAI has accepted 257 black spots on the NHs of which 159 have already been rectified.

The Chief Secretary asked the concerned departments to conduct an audit of the rectified/ re-designed black spots to check the fatality rate after rectification of the black spots.

Reaffirming the commitment of the state government that there was no dearth of funds for the public welfare works, Ms. Mahajan also directed the PWD and the Local Government Department as well as Mandi Board to accelerate the works for rectifying the remaining black spots falling under their respective jurisdiction.

The Chief Secretary was informed that as many as 17 patrolling vehicles and 36 ambulances have already been stationed on the toll plazas located on the NHs across the state.

With an aim to further decrease the fatality rate in the accidents on the roads and to further streamline the challaning system in the state, the Chief Secretary stressed on the need for strict action against traffic violators, including those involved in wrong parking, red light jumping, over-speeding, and drunken driving offenses.

She asked the Transport and Finance Departments to explore the purchase of electronic devices for issuing on-the-spot e-challans to the traffic offenders.

Assuring to strengthen the traffic police in the state, Punjab Director General Police (DGP), Mr. Dinkar Gupta, informed the meeting that adequate personnel would be provided to the traffic wing of the state police after hiring more men and women in the ensuing recruitment process.

Expressing grave concern over the fact that 70 percent of road accidents were reported due to stray animals on the NHs in the state, the Chief Secretary asked the Local Government and Rural Development Departments to paste reflective radium bands on the horns of stray animals.

The ADGP Traffic, Sharad S Chauhan, informed the meeting that the reflective radium bands have already been pasted on over 5,000 stray cattle so far and the drive would be intensified with the help of the NGOs in the coming days.

He added that a new assessment of black spots would also be done in the coming months with the help of the Lead Agency, Road Safety, and Traffic Advisor.