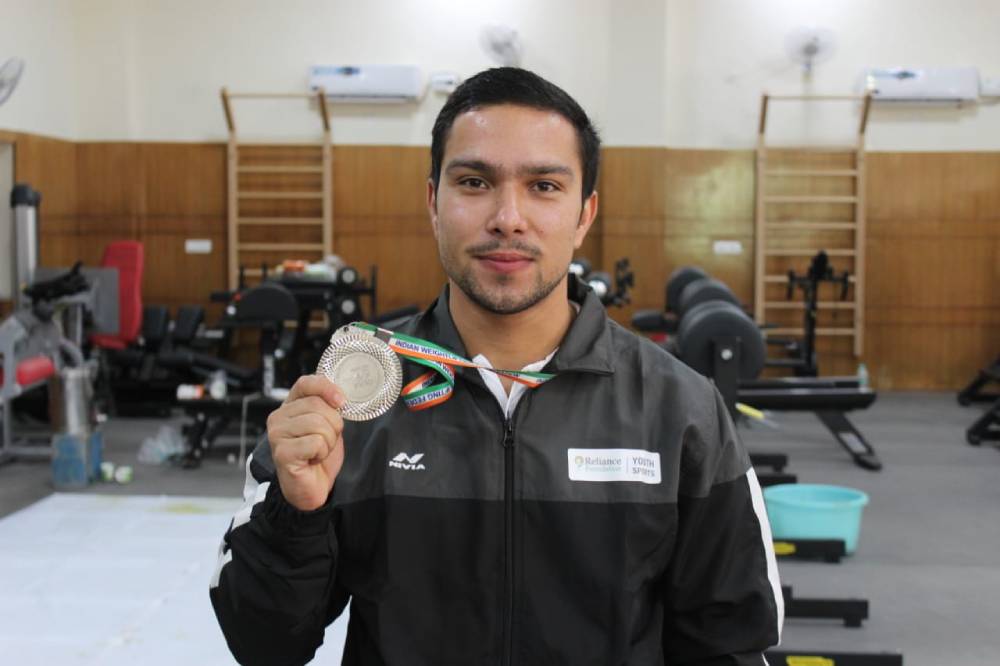 Hailing from Jind in Haryana, the first sport that Deepak Lather took part in was diving as a ten-year-old. However, the alliance was short-lived as Lather hit his head on a springboard during one of his early training sessions. As luck would have it, Lather was assessed for another sport, weightlifting, and almost immediately started to achieve impressive results. At the Youth Nationals in 2012, he finished second in the 50kg category and a year later, Lather had his first taste of international competition when he participated at the Youth World Championships, where he finished 12th.

Three years later, his exceptional abilities started to deliver on the international stage with a Gold at the 2015 Commonwealth Championships followed by another at the Commonwealth Youth Games in the 62kg category. At the 2018 Commonwealth Games in Gold Coast, Australia, 18-year-old Lather made the sporting community sit up and take notice, becoming the youngest Indian weightlifter to win a Commonwealth Games medal, clinching the Bronze in the 69 kg category with a total lift of 295 kgs.

While his early trajectory had been eye-catching, for Lather to continue to build on his potential, he required professional intervention on multiple fronts. In 2019, he was included along with four other talented weightlifters in the newly launched Reliance Foundation Youth Sports (RFYS) elite Athlete Scholarship Scheme.

Jimit Kapadia, a Senior Physiotherapist at the Rehabilitation and Sports Medicine Department at the Sir H N Reliance Foundation Hospital in Mumbai, who conducted the initial screenings on Lather once he was brought on-board, noticed that he was struggling with hamstring and bone issues and required rigorous rehab and sport-specific strength and conditioning. At the Army Sports Institute (ASI), Pune, where Lather trained, a dedicated strength and conditioning expert, Rahul Vashisth, was assigned to him for a three-month period starting November 2019. His fitness levels improved and gradually Lather started to tick off personal-best marks.

Also Read: From Cooking Delicacies to Personally Serving Them, He Did It All – Capt Amarinder Hosts Olympians for Dinner

The support provided by RFYS has made a critical difference to Lather’s career. Ahead of the National Weightlifting Championships in Patiala last month, he felt pain in his right hip. With the competition only a couple of weeks away, he was in no position to reduce the intensity of his routines. Physio Gitanshu Sharma formulated a plan with his colleagues at the Rehabilitation and Sports Medicine Department at the Sir H N Reliance Foundation Hospital, assuring Lather he would be ready in time.

Pain-free and bubbling with confidence, Lather produced a sparkling performance in Patiala. Locked in a titanic battle with Achinta Sheuli, another lifter supported by Reliance Foundation who won a Silver medal at the World Junior Championships earlier in the year, in the 73 kg category, Lather lifted his personal best mark of 145 kg in the snatch, erasing the previous national mark of 141 kg set by Sheuli and 166 kg in the clean & jerk, for a total of 311 kg. Sheuli pipped him to the Gold medal by merely 1 kg in the most intensely contested category of the competition, with the best lift of 169 kg in the clean & jerk, to register a total of 312 kgs.

“Deepak is a very quick learner, self-motivated & goal-oriented,” says Iqbal Singh Bhatti, Chief Weightlifting Coach at ASI, Pune. “His strengths are that he is very disciplined, focussed and eager to learn new things and techniques.”

Bhatti, who started working with Lather after his Commonwealth Games Bronze, had another concern – Lather’s mental fragility. Maithili Bhuptani, the Lead Sport & Exercise Psychologist at the Sir H N Reliance Foundation Hospital, who spent hours working with the young sportsman, approached the problem from multiple angles, ensuring that he had the confidence to tackle the challenges.

“I have noticed considerable changes in my attitude when I am about to lift,” says Lather. “Earlier, I would have doubts about whether I would be able to make the lift or not. However, lately, I have gained significant confidence and attempt the lifts with positive thoughts, while going all out.”

The Army man, at the peak of his powers, has several high-profile competitions in sight now, starting with the Commonwealth Games and the Asian Games in 2022, the World Championships in 2023 and the Olympic Games in Paris in 2024. He can’t wait to get going.