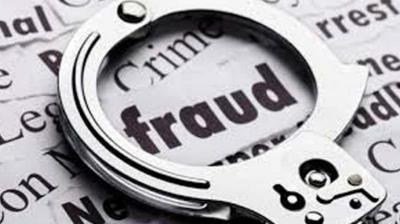 Religare Enterprises Ltd's former Chairman and Managing Director Sunil Godhwani was arrested by the Delhi Police's Economic Offence Wing on Tuesday in a Rs 800 crore fraud case, a police official said. Godhwani was already under judicial custody pertaining to an earlier offence."Yes we have arrested him (Godhwani)," Joint Commissioner of Police, Economic Offences Wing, Chhaya Sharma told IANS.In December last year, Religare's former CEO Krishnan Subramanian was arrested for siphoning off public money to the tune of Rs 2,397 crore.Religare Finvest Ltd (RFL) representative Manpreet Singh Suri had filed a complaint against former promoters Malvinder Singh, and Shivinder Singh, Godhwani and others holding key managerial posts, alleging that having absolute control over Religare Enterprises Ltd and its subsidiaries, these persons put RFL in poor financial condition by way of disbursing loans to companies having no financial standings.In view of the sufficient incriminating evidence on record, Malvinder and Shivinder Singh, along with three others holding key managerial positions in RFL, have already been arrested and charge-sheeted.
Police officials privy to the probe say that these companies willfully defaulted in repayments and caused wrongful loss to RFL to the tune of Rs 2,397 crore. This was also pointed out and flagged during the independent audit by the RBI and the SEBI.