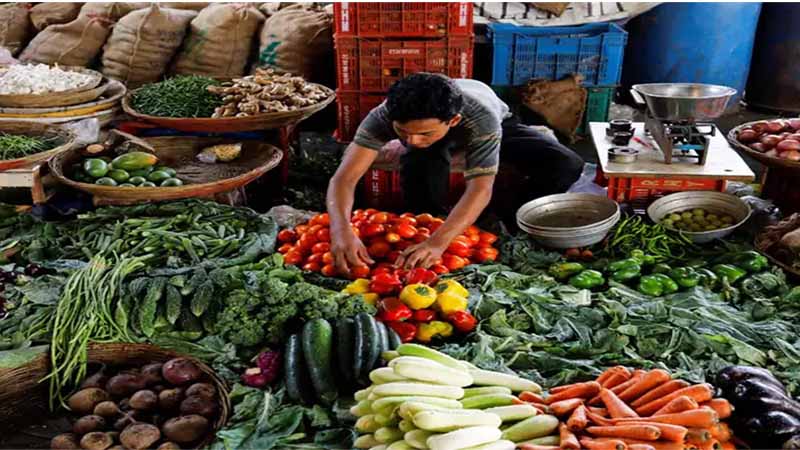 The Consumer Price Inflation (CPI) figures, released by the National Statistical Office (NSO), indicated that inflation has further jumped from November, when it hit a 40--month high of 5.54 per cent.

Food inflation rose to 14.12 per cent in December as against (-) 2.65 per cent in the same month of 2018. It was 10.01 per cent in November 2019. This is the third straight month when the retail inflation figure exceeded the Reserve Bank of India's (RBI) medium-term target of 4 per cent.

A poll conducted by news agency had predicted that retail prices rose to 6.20 per cent in December, its highest in more than five years.

Last month, onion prices- an important food in Indian households- soared tenfold, contributing to a surge in food inflation that has picked up steadily since March.

The single biggest factor for this increase in the headline inflation is onions. While there is some sort of increase in other food prices as well, we don't see that to be extremely alarming," Aastha Gudwani, India economist at BofA Global Research told news agency.

Get the latest update about Economy, check out more about Retail Inflation, Business News, RBI & Spike in Rates