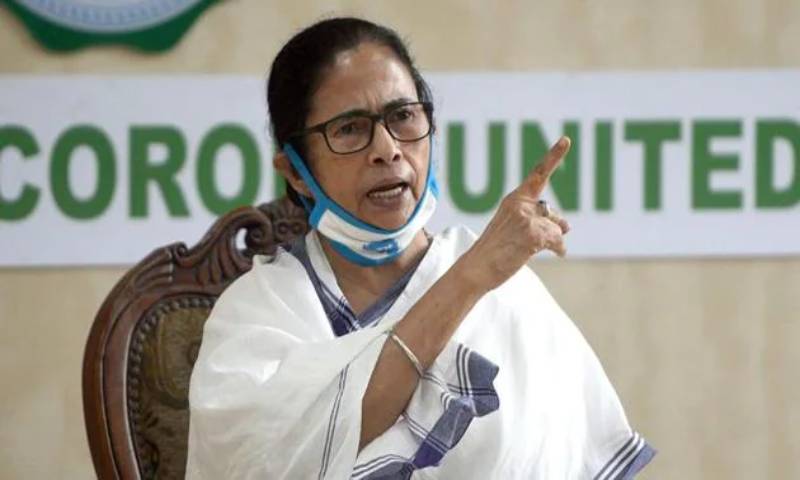 Although Trinamool Congress (TMC) supremo Mamata Banerjee has won the West Bengal Assembly Elections for the third consecutive time, she failed to win in the constituency (Nandigram) where she was contesting.

From Nandigram, Bharatiya Janata Party (BJP) leader Suvendhu Adhikari, a former aide of TMC, was declared as winning face against Mamata Banerjee by the returning officer.

It may be noted here, people’s eyes were more on to know who will win the Nandigram battle than the entire West Bengal as it was the much-heated seat.

The results of West Bengal Assembly Elections 2021 were declared on May 2 in which TMC has swept in again in WB and has given a harsh failure to the national ruling party. However, during vote counting, Mamata was trailing in Nandigram till 11th round, in the other few rounds, she gained votes, and for once the Returning Officer declared her as the winner. The twist of the fate was such that a few hours later, she was informed that she lost the battle of Nandigram to Suvendhu Adhikar by a little over 1,700 votes.

Later, TMC called for the recounting and alleged ‘tampering and mismanagement of numbers from the EVMs.’ However, TMC’s demand was quashed by the Returning Officer who later informed someone that recounting might have put his life in danger.

The truth behind the dismissal of the recounting request was exposed by Mamata Banerjee herself in conversation with the press reporters.

She further unveiled that the Returning officer of Nandigram had told someone about the fear and another person sent an SMS to Mamata Banerjee, which she read aloud.

"I received an SMS from someone wherein Returning Officer of Nandigram has written to someone if he allows recounting then his life would be under threat. I can't order a recount. My family will be ruined. I have a little daughter...," Banerjee read from her phone.

She further alleged that the servers were down for some four hours. “The Governor congratulated me. Suddenly everything changed,” Mamata said.

Get the latest update about indian politics news, check out more about TMC, Election Results 2021, Returning Officer & TMC vs BJP