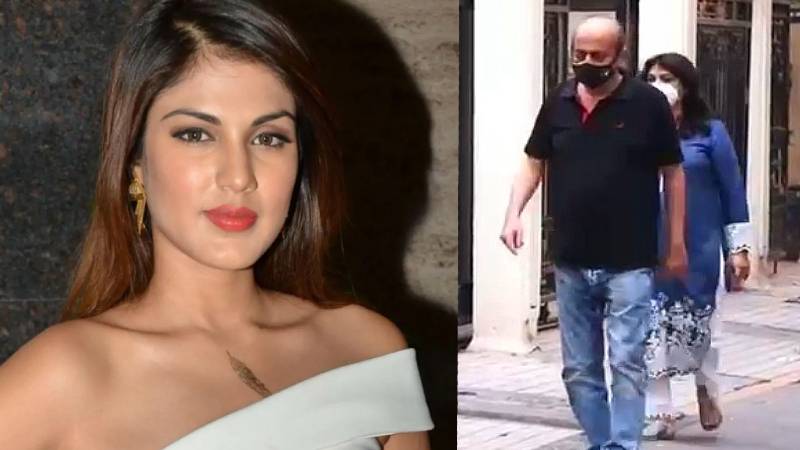 Bollywood actress Rhea Chakraborty who remained in judicial custody for almost a month is now looking for a new home. The actress was released on bail by the Bombay High Court after the NCB arrested Rhea in a drug case linked to Sushant Singh Rajput. A video has surfaced of the actress who went to Mumbai's Khar area in search of a home with her family.

Going by the various media reports, after being named in the drugs case, the actress and her family have been asked to vacate the house on behalf of the society. In the video which has surfaced, Rhea's father Indrajit Chakraborty and mother Sandhya Chakraborty can be seen searching for a house.

Society members are angry with the media presence

Earlier, there was a gathering of media personnel outside her flat in Santa Cruz every day. During that time too, some people of the society expressed their displeasure over Rhea and her family. It is believed that after returning from jail, pressure is being made on the Chakraborty family to leave the house.

To Live Life Away From Media:

In August, Rhea Chakraborty shared a video in which many paparazzi were found under her building. After this, Rhea also demanded protection from Mumbai Police. Even after Rhea returned from prison, many paparazzi are often seen chasing her. Seeing such chasing and trouble caused by the media, Rhea's family has decided to look for a new place to live.