The bench has also asked the Yogi government to inform the court about its decision on Monday, otherwise, an order will be passed. 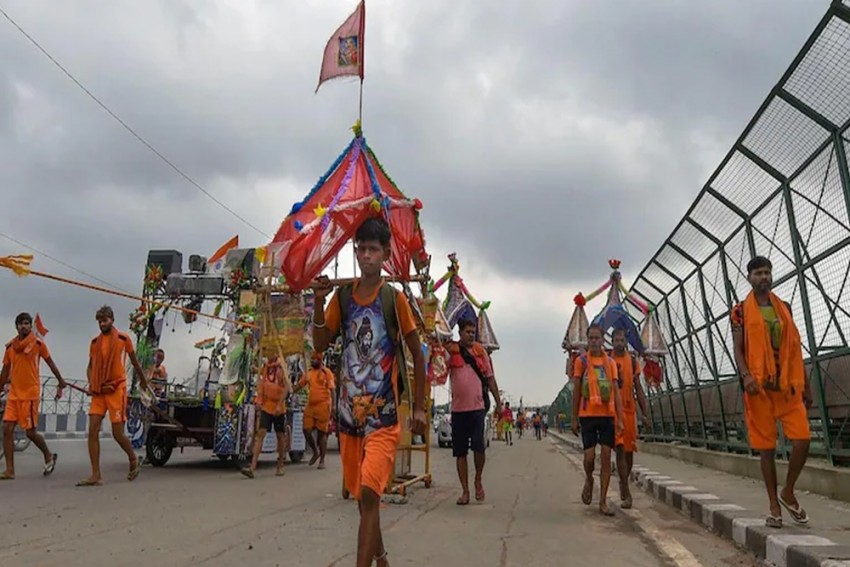 Raising concerns over the approaching third wave of the Coronavirus pandemic, the Supreme Court on Friday has asked the Uttar Pradesh government to reconsider its decision to allow the symbolic Kanwar yatra in the state this year.

The top court said that the health of people and the right to live is paramount.

Given the current situation of the country, the Centre told the court that the states “must not permit” movement of Kanwariyas to bring Gangajal from Haridwar to Shiva temples but in view of age-old customs and religious sentiments, make it available through tankers at designated locations."

"We all are citizens of India. Article 21 - the Right to Life - applies to all. UP cannot go ahead with physical yatra. 100 per cent," said Justice RF Nariman.

The bench has also asked the Yogi government to inform the court about its decision on Monday, otherwise, an order will be passed.

This comes after the Uttar Pradesh government told the bench that it has decided on the Yatra after making appropriate dialogues to hold a "symbolic" Kanwar Yatra with appropriate Covid restrictions.

"The UP disaster Management Authority discussed this issue and said those who undertake yatra must be fully vaccinated. Gangajal is being kept at tankers at locations," Uttar Pradesh government's lawyer CS Vaidyanathan told the court.

The matter will be heard on Monday.

The yatra was cancelled last year during the first wave.

The fortnight-long yatra begins on the arrival of the Hindu month of Shravan and every year around 30 million Kanwariyas (devotees of Lord Shiva) from across various northern states travel barefoot or by other means to collect water from the Ganga river at Haridwar to offer at Shiva temples in their areas. The month will begin around July 25 and continues until the first week of August. Kanwariyas are mostly from the states like Uttar Pradesh, Haryana, Punjab, Delhi, and Himachal Pradesh who gather in Uttarakhand's Haridwar.