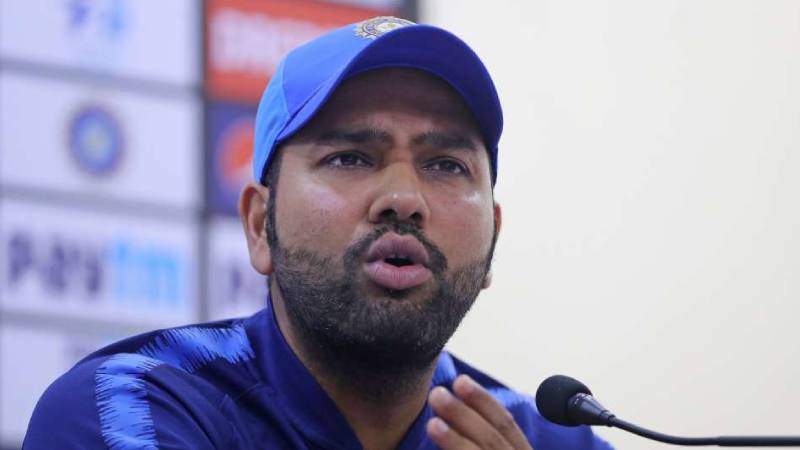 India's limited over vice-captain and the captain of IPL 2020 winning team Rohit Sharma has finally broken his silence on the controversies and speculations which were made related to his hamstring injury during the IPL 2020. India's head coach Ravi Shastri had said that Rohit has dangerously injured himself and if he will play again it is a possibility that it will affect his career.

However, Rohit soon came back on the field and even played the playoffs for the Mumbai Indians. This yet again raised many eyebrows and stories started getting cooked that not all is well between Rohit Sharma and BCCI as he was left out for the Australia tour.

Talking to a newswire, Rohit said, "I don't know what was going on, to be honest, and what all were people talking about. But let me put this on record, I was constantly communicating with BCCI and Mumbai Indians. I told them (Mumbai Indians) that I can take the field since it is the shortest format and I will be able to manage the situation quite nicely. Once I made my mind clear, it was all about focussing on what I needed to do."

"Hamstring is feeling absolutely fine. Just started the process of getting it nice and strong. Before I play the longer format, I absolutely needed to be clear in mind that there is no stone that is left unturned, that's probably the reason, I'm at the NCA," Rohit added.

Also Read: India pacer Mohammad Siraj not to go India for father's final rites due to COVID restrictions in Australia

Rohit was added to the Test squad of the Indian cricket team a few days back, however the question yet again raised that why he was not selected for the limited over series. Sharma said, "There is still some work that needs to be done on my hamstring. That's why I didn't go to Australia for the white-ball leg as there are back-to-back games. Around 6 games in 11 days. So I thought if I get to work on my body for 25 days, I can probably go and play the Test matches. So it was an easy decision for me and I don't know why it became so complicated for others."