The rupee depreciated 88 paise to close at an all-time low of 80.86 against the US dollar after the US Federal Reserve hiked interest rates and dropped hint that more were to come in its war against inflation. Author : Rakesh Behal 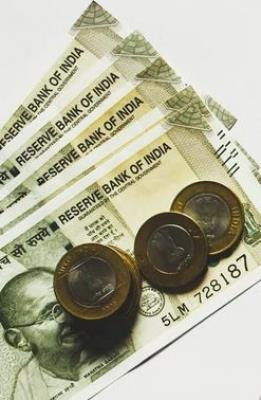 The rupee depreciated 88 paise to close at an all-time low of 80.86 against the US dollar after the US Federal Reserve hiked interest rates and dropped hint that more were to come in its war against inflation.

The rupee ended at 80.86 on Thursday as against 79.98 at close on Wednesday against the US dollar.

"The rupee fell after the hawkish commentary from the Fed which went for a 75 basis point hike for the third consecutive time, along with forecast of tighter policies needed to control the high inflation rates," said Jateen Trivedi, Research Analyst at LKP Securities.

Trivedi the US dollar index scaled above 20-year high at quoting above $111.50 in afternoon trade, and mirroring the effect rupee has fallen more than a 1 per cent from 79.95 to 80.77.

"We believe the current downtrend in the rupee may continue for a while even after strong domestic fundamentals. The local currency will react to a stronger greenback but there could be outperformance among the regional currencies. Spot USDINR now has resistance in the area of 81.25 to 81.40 while the previous top 80.12 would act as support," said Dilip Parmar, Research Analyst, HDFC Securities.

The US Fed hiked interest rates by 75 basis points to 3-3.25 per cent. It was the third straight 75 basis points hike, as Fed Chair Jerome Powell reiterated the central bank's commitment to taming inflation.

The dollar index, which gauges the greenback's strength against a basket of six currencies, advanced 0.41 per cent to 110.793.

Besides the hawkish Fed stance, the US dollar extended gains against its major crosses after Russian President Vladimir Putin announced partial military mobilisation.

The Brent crude oil price was trading at $90.52 per barrel.

Meanwhile, The Indian equities fell on Thursday after the US Fed turned more hawkish than anticipated, dealers said.