In 2008, he was elected as the President of Shiromani Akali Dal, Sikh political party with carters the demands of Sikhs across Punjab and the world. 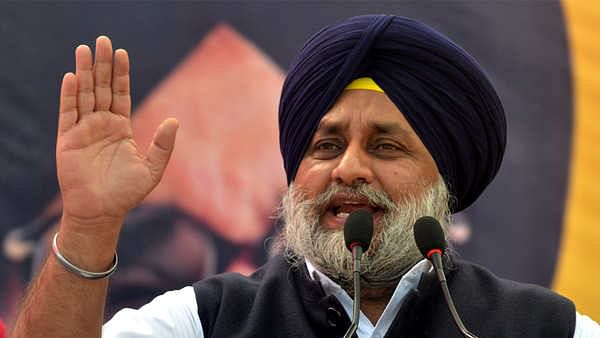 A renowned Sikh politician and president of Shiromani Akali Dal, Sukhbir Singh Badal has served as the Deputy Chief Minister of Punjab from 2009 to 2017, under the leadership of his father, Parkash Singh Badal. Currently, Sukhbir Singh Badal is a Member of Parliament from Ferozpur. From 2001 to 2004 he was a Member of Rajya Sabha and was appointed from Faridkot for 14th Lok Sabha tenure, he had also represented Faridkot in the 11th and 12th Lok Sabha.

At the initial stage, Sukhbir Singh Badal joined Lok Sabha as a representative of Faridkot residency. From 1998 to 1999 he also served as Union Minister of State for Industry in the second Vajpayee Ministry.

In 2008, he was elected as the President of Shiromani Akali Dal, Sikh political party with carters the demands of Sikhs across Punjab and the world. A year later, he was appointed as the Deputy Chief Minister of Punjab but he resigned in July (after six months), upon the completion of a six-month period available for contesting elections for the assembly, during which he did not contest any polls. Next month, in August 2009 he was re-elected as Deputy Chief Minister after winning by-elections from Jalalabad Assembly Constituency.

2012, Punjab elections were a turn for Sukhbir Badal, Akali Dal-BJP combined and secured victory against the opposition for the first time. During the Akali Dal-BJP government, Sukhbir served as the Deputy Chief Minister and was re-elected from Jalalabad Assembly. During this government, he held the portfolio of Home, Governance, Reforms, Housing, Excise and Taxation, Investment Promotion, Sports and Youth Service welfare and Civil Aviation.

A year later, he bagged another victory in the Delhi Sikh Gurdwara Management Committee elections.

In 2019, he secured the position in Ferozpur Lok Sabha Constituency as a Member of Parliament by defeating Sher Singh Ghubaya of the Indian National Congress. He won the seat with more than 6 lakh votes on 23rd May, the same year.

Now, in Punjab Legislative Assembly Elections in 2022 will unfold that Badal retains his position or not. The current elected assembly would expire on 27 March 2022, unless dissolved sooner. It is expected that Shiromani Akali Dal and Bahujan Samaj Party would ally to fight the Assembly elections.

In 2003, Sukhbir Badal and his family were accused of Corruption charges but in 2010 they were acquitted.

In April 2015, a teenage girl died and her mother was seriously injured because they were molested and thrown out of the bus in Moga district. The bus was operated by Orbit Aviation, a company in which Badal has stakes. Later, it was revealed that Chief Minister (Parkash Badal) had given the girl’s father a compensation amount of Rs 3 lakh and a government job.

Junior Badal was under controversy for the 2015 Kotakpura firing case. In this case, the first charge sheet was filed on May 27, 2019. The charge sheet said that incidents of desecration of Guru Granth Sahib were a pre-planned handiwork of then deputy chief minister Sukhbir Singh Badal, then DGP Sumedh Singh Saini and Sirsa-based Dera Sacha Sauda.

Rajinder Pal Singh of Akhand Kirtani Jatha filed a case against Sukhbir Badal because of his comment on Delhi Chief Minister Arvind Kejriwal. He (Junior Badal) said that Kejriwal during his visit to Punjab met militants in Punjab and had breakfast with Akhand Kirtani Jatha, which is the political front of terrorist organization Babbar Khalsa International.

In September 2019, Sukhbir Badal stirred a controversy after he commented on the Babri Mosque demolition and the 1984 Operation BlueStar. He said in a gathering, the Congress party attacked Darbar Sahib (Golden Temple) with tanks and our people still vote for them. On the other hand, you see the case of Babri Masjid... it is said that the BJP did it. I don't want to say it... but has any Muslim ever voted for the party?

Sukhbir Singh Badal is among those politicians who have stood with farmers, protesting against Farm Laws on the highways linking the national capital New Delhi, from day one. He never denied to help and support the farmers. He has continuously urged people through social media to support agitating farmers.

The bill for three agricultural laws was passed in September 2020 and in the same month, President Ram Nath Kovind gave his assent for the same.

In October 2020, Sukhbir Badal said that his party would form a “national pro-farmer front” which would actively fight against the three farm laws.

In January 2021, Badal pledged to support farmers. He telephonically talked to Bhartiya Kisan Union (BKU) leader Rakesh Tikait and assured him that SAD would support the farmers. “I spoke to Rakesh Tikait Ji and assured him of Akali Dal’s unstinted support to the Kisan Andolan (farmers’ protest). I lauded his principled stand against Central oppression. We also reminisced about how our fathers fought as one for the cause of the farmers and resolved to do the utmost to ensure their victory,” Badal said. Later, he met with the BKU leader on 31st January 2021.

In June 2021, Farmers marked seven months of the protest. SAD chief Sukhbir Badal took Twitter to urge people to support the farmers in their battle to repeal the farm laws. “Let us all unite in our support of farmers who’ve been protesting against 3 Farm Laws for 7 months now. Akali Dal assures the farming community it will always stand by them in their battle to get these laws repealed. GOI shouldn't stand on prestige & should accept their demand,” Badal’s tweet read.

In July 2021, the SAD chief promised to give government jobs and free education to the family of those who ‘martyred’ during farmers’ protests. Badal announced that if the SAD-BSP alliance would come into power then they would “honor martyr of Kisan Andolan.” Badal took Twitter (on 9th July) to make the announcement and wrote, “I assure Punjabis, immediately after forming government in 2022, SAD-BSP will honor martyrs of Kisan Andolan with one government job per family, free education to their children and grandchildren till post-graduation and health insurance cover to the entire family.”

Recently, the SAD president met Labh Singh at Matka Chowk and expressed solidarity with the protester who has been protesting alone in support of farmers for the past five months. Badal said that the protester is the symbol of the peaceful struggle of the farmers to repeal the three black farm laws.

As promised, Badal stood with farmers and staged a protest outside the Parliament during the Monsoon session 2021.

Sukhbir Singh Badal and his family:

Sukhbir Badal was born on 9 July 1962 in Faridkot to Parkash Singh Badal and Surinder Kaur.

Sukhbir Badal’s father, Parkash Singh Badal is the former Chief Minister of Punjab four times. He was the president of Shiromani Akali Dal from 1995 to 2008 when he was replaced by his son. In 2015, he was awarded as Padma Vibhusan, the second-highest civilian award.

He got married to Harsimrat Kaur Badal on November 21st, 1991, she is also an Indian politician and currently, she is a Member of Parliament in the Lok Sabha from Bathinda.

He has three children, a son and two daughters, his son, Anantbir Singh Badal, made his first political appearance in 2019 before the Indian general election.

Sukhbir Badal and his educational qualification:

Sukhbir Badal was initially educated at The Lawrence School, Sanawar. He completed his M.A. Hons in Economics from Panjab University, Chandigarh. He earned another post-grad degree in MBA from California State University, Los Angeles.