Aryan Khan, 23, was detained along with seven others on Sunday when the Narcotics Control Bureau raided a party aboard a cruise ship off the coast of Mumbai. 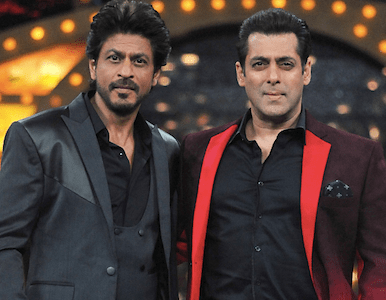 Actor Salman Khan paid a late-night visit to Shah Rukh Khan's Mumbai residence on Sunday, only hours after the superstar's son, Aryan Khan, was detained by a Narcotics Control Bureau (NCB). Salman Khan was spotted in the backseat of a white SUV being driven through the gates of 'Mannat,' Shah Rukh Khan's mansion.
Aryan, 23, was detained along with seven others on Sunday after the Narcotics Control Bureau (NCB) raided a party aboard a cruise ship off the coast of Mumbai.

Also Read: Rave party bust: NCB arrests five more, after SRK's son
The purchase, possession, and use of prohibited drugs are among the allegations levelled against Aryan, according to the NCB. He is being held by the NCB till tomorrow.

Satish Maneshinde, Aryan's lawyer, requested bail, claiming that he was detained solely on the basis of chat conversations.

"Aryan didn't have a ticket, a cabin, or a seat on the ship. He'd been invited, therefore he was there. He didn't have a boarding pass.  Nothing has been discovered from him. He was detained solely on the basis of a conversation "According to the lawyer.
According to reports, the NCB squad boarded the Goa-bound ship disguised as passengers on Saturday morning. The party started after the ship departed Mumbai and was at sea, according to authorities. The raids began at 10 am and went on till 2 pm, it said.