In Arrangements of Love, Samantha Ruth Prabhu will play a young lady who runs her own detective business. Philip John, whose credits include Downton Abbey, will helm the picture. 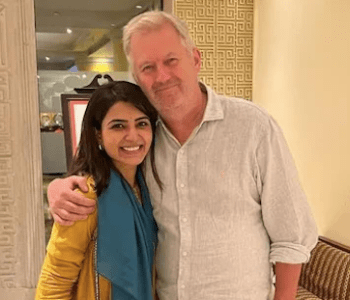 Samantha Ruth Prabhu is scheduled to make her international feature debut in Arrangements of Love, directed by Philip John, who is known for his work on Downton Abbey.

Sunitha Tati, who previously worked with Samantha on Oh! Baby, the Telugu version of the Korean comedy Miss Granny, will produce the film, according to Variety. She will portray a bisexual Tamil lady who owns and operates her own detective firm.
Also Read: Anushka Sharma shares happy-faced, sun-kissed pics in social media

"I am pleased to work with Philip John, whose projects I have closely followed for many years as a great fan of Downton Abbey," Samantha told the outlet. I'm excited to work with Sunitha again, and I'm hoping that we'll have even more success than we had with Oh! Baby. It will be both a challenge and a chance for me to play such a fascinating character. "I'm very excited to get on set." The project is scheduled to begin in August 2022.
Samantha was recently featured in the second season of the hit online series The Family Man, where she played a Sri Lankan Tamil rebel. Her portrayal as Raji, a character she played, was well-received.
Samantha, meantime, has consented to play a special song in Allu Arjun's next Telugu film Pushpa. She will do a particular dance performance for the first time in her career.
Samantha is looking forward to the premiere of Kaathu Vaakula Rendu Kaadhal, a Tamil romantic comedy. Vijay Sethupathi and Nayanthara also appear in the film, which is directed by Vignesh Shivan.
Samantha recently confirmed her split from Naga Chaitanya, following months of speculation about their relationship. She has been busy travelling since their breakup. As part of the Char Dham Yatra, she began her journey in Rishikesh, visiting Yamunotri, Gangotri, Kedarnath, and Badrinath.