Their beautiful engagement videos and photos have gone viral on social media. 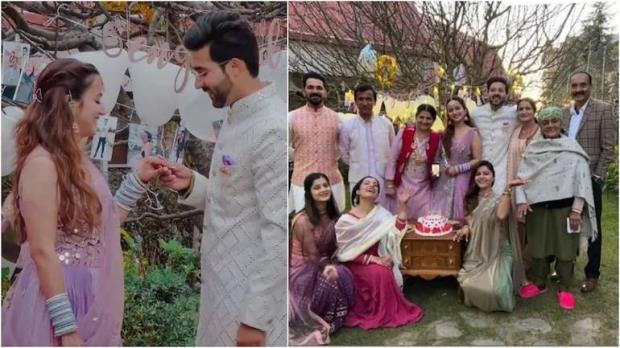 Television actress Rubina Dilaik’s sister Jyotika Dilaik got engaged to her longtime boyfriend Rajat Sharma on 5 November. Their beautiful engagement videos and photos have gone viral on social media. The engagement event was a low-key affair that was attended by Rubina with her model-actor husband Abhinav Shukla.

Rajat Sharma on his Instagram account announced the news with a cute video showing glimpses from their engagement ceremony and captioned it "Engaged”, with a heart emoji.

"Almost 9 years back we first met and look where have we reached today. Looking into the sky feels like it is full with colors of love," Jyotika captioned the photos while in another post Rajat wrote: "When your reality is finally better than your dreams...#jyotikadilaik #engaged #blessed." 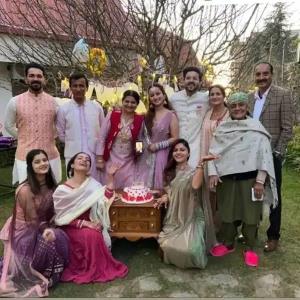 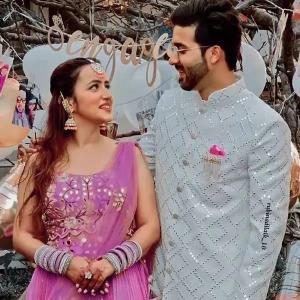 Jyotika Dilaik looked strikingly beautiful in a lilac lehenga while Rajat Sharma in a white sherwani looked dapper. In an Instagram story, Rajat also shared a photo with Jyotika while the same photo was also shared by Rubina and Jyotika’s mother Shakuntala Dilaik.

Another portrait of the pair includes family members. The picture includes Rubina Dilaik and Abhinav Shukla which is also doing rounds on the internet.

The engagement ceremony was a small and intimate one for the family, while Rajat’s Instagram updates gave an inside look about the event in which Abhinav, Rubina, Rajat, and Jyotika could be seen.

Jyotika Dilaik and Rajat Sharma have been in a relationship for a long time and are social media influencers and content creators by profession. For those unversed, Jyotika had appeared on Bigg Boss 14 when Rubina Dilaik was locked in the BB house as a contestant to support her sister.