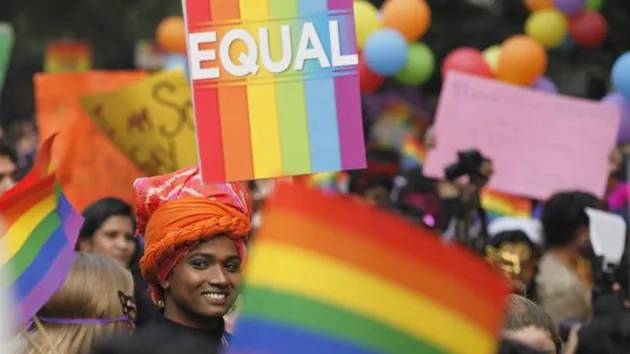 In an attempt to improve the living quality of the LGBTQIA+, the Madra High Court has suggested a ban on medical professionals from attempting to apply “medically cure or change” the sexual orientation of  LGBTQIA persons from heterosexual or the gender identity of transgender people to cisgender.

The court also underlined that sexual autonomy is an essential aspect of the right to privacy and said that it called for changes in school and university curriculums and recommended awareness programmes for judicial officers, police and prison officials.

The HC also directed the National Medical Commission, Indian Psychiatric Society and Rehabilitation Council of India to take action against professionals, and withdraw the licence of practice if found involved in conversion therapy of the LGBTQIA people.

Justice N Anand Venkatesh had also issued a series of guidelines that would look after the issues ranging from gender neutral-restrooms for gender-nonconforming students and easy provisions to change name/gender on academic records for the transgender people. A separate jail for transsexuals has also been listed.

Justice himself had gone through a “psycho-education” under-qualified councillors to understand same-sex relationship issues and the complexity of the gender before filing the verdict.

The order concerns a plea filed by a lesbian couple, aged 23 and 20, who chose to live as a married couple. Their relationship was objected to by their parents, following which they fled from Madurai to Chennai and took refuge under an NGO. Police continued to visit them after their families lodged missing person complaints leading to the couple being interrogated. Following the harassment from the police, the couple had moved to the High Court for protection from police harassment and from any threat or danger to their safety and security.

Citing the constitutional rights and guarantees given to every timeIA+ community, Justice Venkatesh said that time the voice of this community is growing louder every time society tries to suppress them. Society can no more become deaf and it’s time now to make that change, he added.

The court also ordered that if police, while inquiring into any missing person complaint, find that the complaint involves consulting adults belonging to the LGBTQIA+ community, the police shall close the complaint without harassing the persons.

Justice Venkatesh has suggested the state and union government make changes in the school and universities to educate students on understanding the LGBTQIA+ community.

He has directed the Union government to design policies to abolish prejudices against the community and organise sensitization programmes for the judiciary, police, public servants, health professionals and parents of LGBTQA individuals. The centre should also take into account non-governmental organisations including community groups that are working towards and have sufficient expertise in handling the issues faced by the LGBTQIA community.

“Any person who faces an issue for the reason of their belongingness to the LGBTQIA+ community may approach any of the enlisted NGOs for safeguarding and protecting their rights,” the judge said.

Highlighting the need to spread awareness about the community, it should be first done in the judiciary, the court said. It also suggested that the legal services authority concerned and the law ministry conduct programmes to make the judicial officers aware of intricacies along with the enlisted NGOs and community groups and give suggestions and recommendations to ensure there is no discrimination against the LGBTQIA+ community.

Under the guidelines, the court has also asked to make use of the Parent Teachers Association (PTA) to sensitize parents on issues of the LGBTQIA+ community and gender nonconforming students. Make changes in systems to include the students belonging to the community in all circles of school and college life.

Application forms like that of competitive entrance exams should include ‘transgender in the gender columns. The option to change name and gender in the academic records for transgender persons should also be made available.

Ignorance & preconceived notions against the community

Justice Venkatesh said that he was pulled out of the darkness by two councillors he was living in.

Society’s and everyone’s upbringing has been done in such a way that the terms “lesbian”, “gay”, “homosexual” has been referred to as anathema. A society in large stands on the same position of ignorance and preconceived notions and has been highly discriminative against the community.

While issuing an order Justice Venkatesh stated: “I have no hesitation in accepting that I too belong to the majority of commoners who are yet to comprehend homosexuality completely. Ignorance is no justification for normalising any form of discrimination. Therefore, I took upon myself the vested responsibility and the duty to deliver justice in all its forms and spirit, of cutting across personal prejudices and notions and setting forth to, at the least, educate myself lest my ignorance interferes within guiding homosexuality and the LGBTQIA+ community towards social justice.”

The Madras High Court and Justice Venkatesh must be lauded for bringing up the importance of making the homosexual community an essential part of the society that has always discriminated against them socially. Same-sex or LGBTQ relationships has been treated as something evil by society. Using corrective measures or abandoning them is not what would help the community, rather a hand to support and understand their sexual process can make the world a safe place for them to live.

Sensitizing the courts and people in the lawmaking can go a long way in the more humane and understanding treatment of them in courts. This could also help people to recognise their contribution to society.