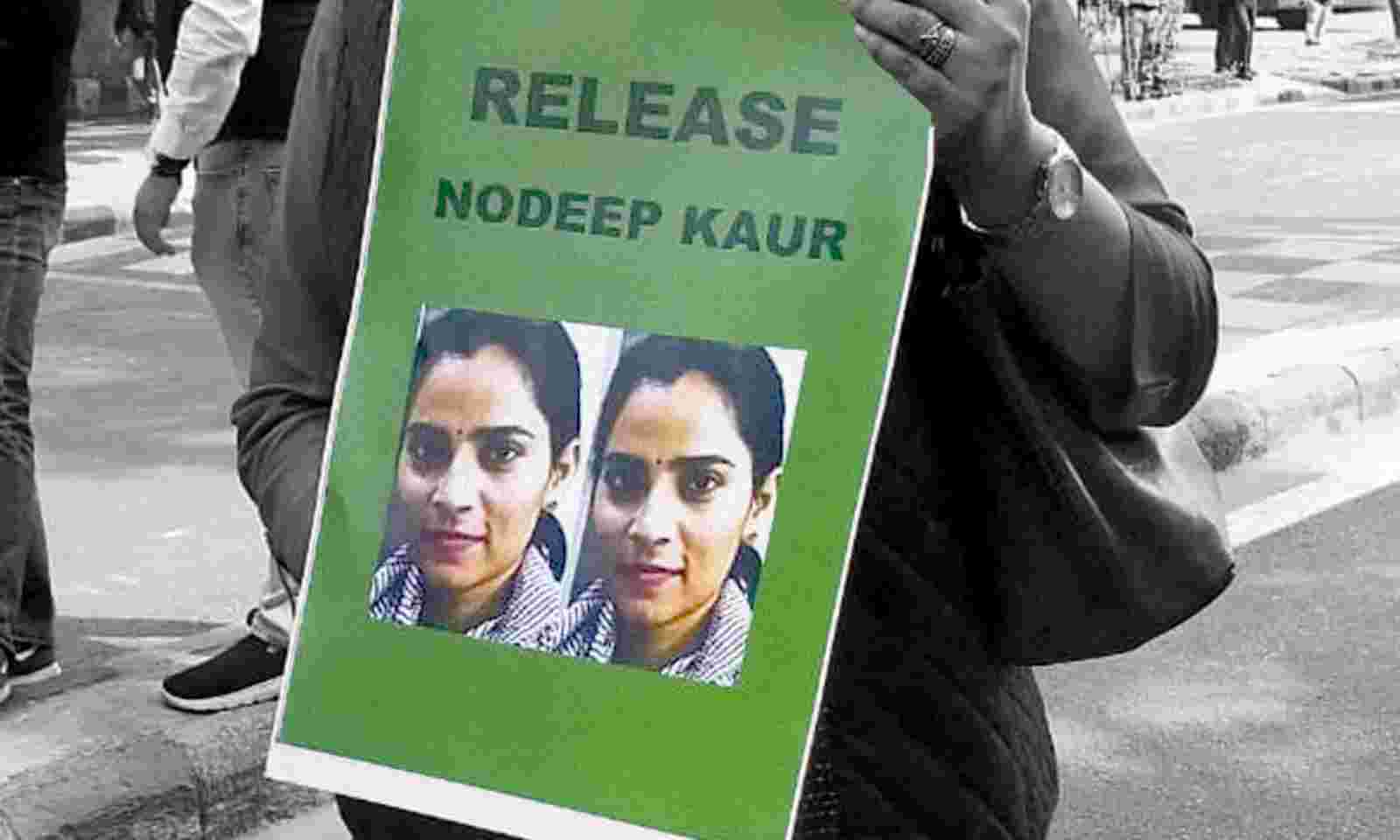 The 23-year-old labour rights activist, Nodeep Kaur who hails from Punjab’s Muktsar district has been currently lodged in Karnal jail in Haryana, in her bail petition before the Punjab and Haryana High Court has claimed that she was severely beaten up at a police station after her arrest by the Sonipat police last month. She has also said that her medical examination was not conducted in violation of section 54 of the Criminal Procedure Code.

The Punjab and Haryana High Court on Monday had adjourned the hearing on her bail plea and posted the matter for February 24.

Kaur in her bail plea registered through her attorneys Arshdeep Singh Cheema and Harinder Deep Singh Bains, stated that she has been wrongly accused in the FIR lodged under various sections, including 307 (attempt to murder) of the IPC.

The activist in her plea said that she has been framed in the case because she successfully managed to gain massive support for the ongoing farmers protest against the Centre’s three farm laws.

A member of the Majdoor Adhikar Sangathan, Kaur said that they were successful in mobilizing people for the protest at Kundli in Sonipat against the farm laws.

Kour in her petition has alleged that the administration was annoyed because her organisation was able to gather local labourers support for the farmers. The administration also devised a plan to smother the protest. The plea stated that on January 12, the petitioner and MAS members marched towards a factory demanding payment of pending wages of some workers. The high court was told that they were abused by a group formed by the Kundli Industrial Area, an association of industrial owners.

Meanwhile, the Kundli police station team which was led by the SHO arrived there and clutched Nodeep by her hair and she was dragged by the police, the plea said.

This infuriated the protesters and the situation turned worse when the police resorted to a lathi-charge on peaceful protesters. Strife ensued and the petitioner tried to pacify the situation but to no avail, it said. Kour was taken into custody alone and was beaten, tortured and suffered multiple injuries, the bail plea affirmed. She was arrested in absence of any woman police officer

Kaur was arrested in Haryana's Sonipat on January 12, the Haryana police had earlier said. The Sonipat police also alleged that they were attacked by the protesters with sticks when they reached the location and some policemen sustained injuries in the incident.