Aryan Khan’s bail plea will be heard by the Mumbai High Court today. 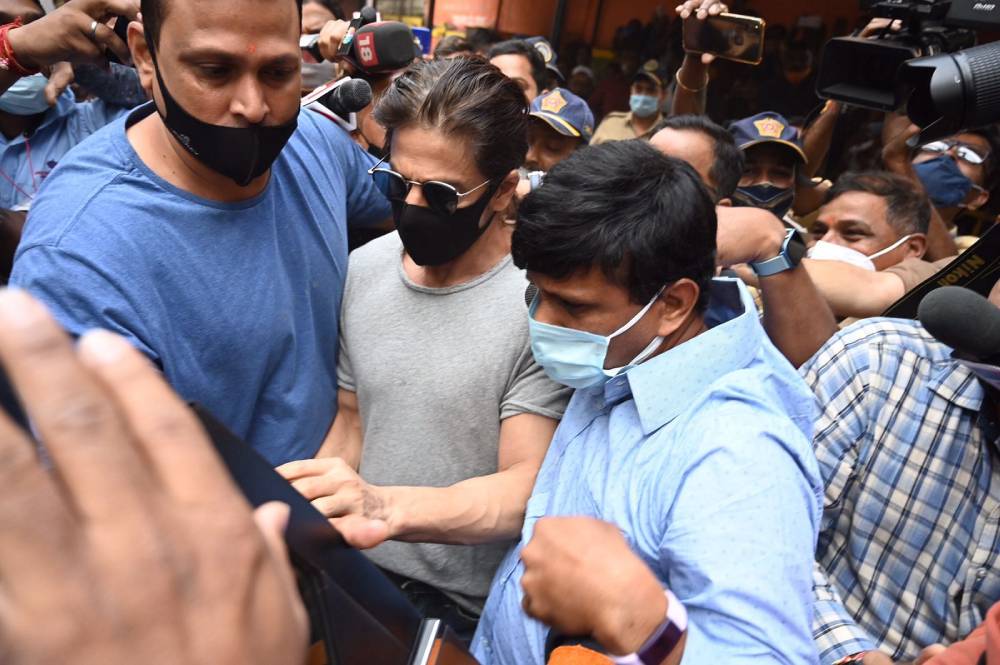 Bollywood superstar Shah Rukh Khan was captured by the media cameras entering Arthur road Jail to meet son Aryan who is lodged at the jail. Aryan's bail was rejected on Wednesday and has been in prison for nearly three weeks since October 3 in the cruise drug bust case.

It is the first time Shah Rukh Khan has made a public appearance since Aryan’s arrest.

Sources have said that SRK has postponed all his shoots and professional commitments until the case is resolved.

It was the first meeting between SRK and Aryan. The superstar spent around 18 to 20 minutes in jail. His visit is followed by the Maharashtra government’s easing of prison visiting rules amid the Covid pandemic. Earlier, nobody from outside was permitted to meet the jail inmates. According to the new rules, two family members can meet an inmate.

The 23-year-old has been denied bail twice and now has approached the Mumbai High court.

"WhatsApp chats prima facie reveals accused Aryan Khan is dealing in illicit drug activities for narcotic substances regularly. Therefore, it cannot be said that Khan is not likely to commit a similar offence while on bail," said Judge VV Patil in his order.

The court noted that the material placed on the record indicates a nexus operating between Aryan Khan and suppliers and peddlers.

Although there were no drugs found on Aryan Khan, he knew the presence of six grams of charas his friend Arbaaz Merchant hid in his shoe, noted the court, saying this amounted to "conscious possession".

The court in its bail rejection order stated: "Accused 1&2 are friends since long. They travelled together and they were apprehended together at the international cruise terminal. Further, in their voluntary statements, both of them disclosed that they were possessing the said substance for their consumption and enjoyment. Thus, all these things go to show that Aryan Khan was having knowledge of contraband concealed by 2 in his shoes.”

Aryan’s parents, SRK and Gauri Khan had once spoken to him on a video call on Friday.

Meanwhile, the film industry at large has kept quiet on this matter, while celebrities like Salman Khan and Hrithik Roshan, and director Farah Khan have shown support to SRK and his son.