Shark Awareness Day 2021: Know some lesser known facts about Sharks that will blow your mind 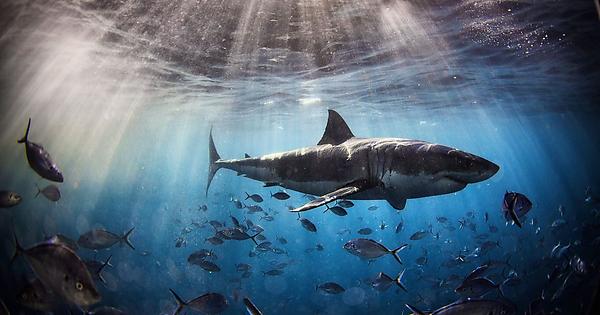 Sharks are the top predators and play an important role in keeping seas and oceans healthy and productive. Sharks are dangerous animals but nowadays humans are becoming more dangerous.

Every year, Shark Awareness Day is celebrated on July 14th. The purpose of the day is not to stand on the beach and shout out warnings and slogans neither anyone is suggesting you go out and hug a great shark. This day emphasizes that sharks also need protection.

Also Read: Know why the world celebrates National Nude Day? What is it exactly?

Sharks roam in oceans all around the world, from the mako to the basking, from the great white to the hammerhead, from nurse to the tiger every species of shark is found in some or the other part of the world.

The life span of some sharks is around 30 years on average and some of the species make it to over 100 years and recently, a 272 years old Greenland shark was discovered.

Their other distinctive feature is obviously their razor-sharp teeth. Sharks can have seven rows of gnashers and go through up to 30,000 of them in their lifetimes. Another unique weapon of this creature is its electrical sensitivity, they may pick up on electromagnetic fields better than any other animal.

Sharks are considered one of the oldest species on the planet, as per the fossil records these creatures were cruising our oceans at least 420 million years ago and it is expected that modern-day sharks have been around for more than 100 years.

The sad fact is that these magnificent creatures are threatened far more than by humans than we are by them. It is estimated that 100 million sharks are killed by the human in a span of one year. Shark fining is one of the cruelest and wasteful practices. Because of human practices, the number of sharks has been declined by more than 70% over past 50 years, which is a devastating loss to the biodiversity of the oceans.

And because of this loss, Shark Awareness Day is important to celebrate as this day highlights the importance of preserving these vital fishes. The day aims to both dispel the fear, stigma and also raise awareness about this creature.

Facts about Sharks that may surprise you!

2.) Most sharks have good eyesight,

6.) Sharks’ age can be predicted by counting rings on their vertebrae,

7.) Each whale shark’s spot pattern is unique like fingerprints (in humans),

8.) Most sharks have to keep swimming to pump water over their gills,

10.) Different shark species reproduce in different ways, there are both oviparous (egg-laying) and viviparous (live-bearing) species and frilled sharks’ pregnancies last for 3.5 years,