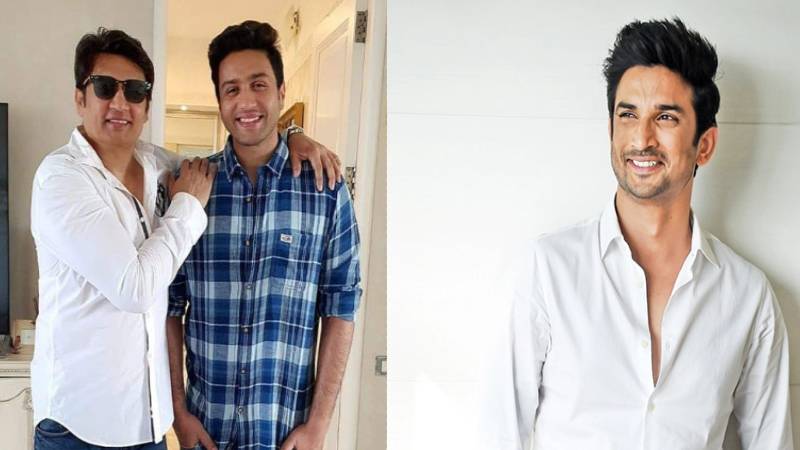 Shekhar Suman is going to take legal action on the fake news of son Adhyayan Suman's suicide. They will meet with the lawyer and take legal action. Shekhar is unhappy about this news on one side and angry on the other side. While talking to a leading Hindi daily Dainik Bhaskar, he talked about the fake news which traumatized his entire family.

In the interview, Shekhar said that you cannot play with one's life. Journalism has gone down to such an extent that people do not even care about anyone's life for TRP. They do not even think how such news could have an effect on their parents and family. This type of shocking news can also kill someone. They don't even care about it. If you had heard something like this, then first of all they should have called the family members. In today's age, such news and rumors keep flying. You can't play with someone's life like this. It is not a trivial matter that the film is signed or exited, it is not a girlfriend. Here you have killed someone. The kind of toxic environment has become. The kind of news that is coming every day. It happened to Sushant Singh Rajput, it can happen to anyone. No one knows which child is under which pressure.

Also Read: Miss World 2000: Who was responsible for Priyanka Chopra's hairdo at the event?

Adhyayan was also shocked. He is so active on social media, they would go there and check. It is very condemnable, embarrassing, and painful as well. They will have to pay compensation for the mental damage they have done. Accountability is created. At least go to the NBA and answer why they did it. Getting out of the thin lane in this way will not do at all. Someone listened and ignored it, it won't happen. They should be punished. Action should be taken against them. Now the lawyers will decide. They will be given notice as to why they did so. They will be slammed under defamation case. Now the lawyers will give the advice. But taking an action is important. If left, then how many people's lives will be destroyed. We have lost a son, he is still suffering. This should not happen further, this kind of journalism will make society hollow. This disease is increasing, it is necessary to stop it. If you had already heard, then call me. Would have put the message.