He missed out on a half-century but in the last league match of IPL 2021, he played a fine innings against Royal Challengers Bangalore 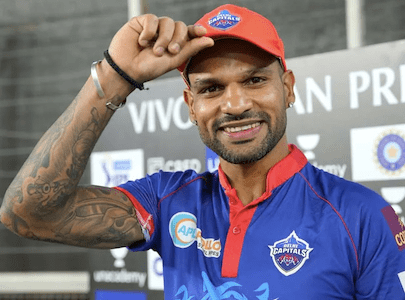 In Dubai, Royal Challengers Bangalore (RCB 166/3: Bharat 78*, Nortje 2/24 ) defeated Delhi Capitals (DC 164/5: Shaw 48, Siraj 25/2) by 7 wickets.  The two openers, Virat Kohli and Devdutt Padikkal, were dismissed cheaply by Anrich Nortje in RCB's 165-run chase against Delhi Capitals. When Axar Patel removed AB de Villiers shortly after, things looked gloomy. However, RCB won thanks to an unbroken 111-run stand between KS Bharat and Glenn Maxwell. After Royal Challengers Bangalore won the toss and decided to bowl in Dubai, DC scored 164/5 (Shaw 48, Siraj 25/2) in 20 overs.
Shikhar Dhawan IPL Record:
Indian opener Shikhar Dhawan, popularly known as Gabbar, has once again shown his talent. He missed out on a half-century but in the last league match of IPL 2021, he played a fine innings against Royal Challengers Bangalore. The veteran opener on Friday registered his name in another special record list along with a good innings at the Dubai ground.
Shikhar Dhawan scored 43 runs in 35 balls against Royal Challengers Bangalore on Friday. After sharing 88 runs for the first wicket with Prithvi Shaw, he became the victim of Axar Patel on the first ball of the 11th over, but before this, his team was once again tremendous on the basis of this innings adorned with 2 sixes and 3 fours.
With this, Shikhar Dhawan has made another record in his name in the IPL. He has completed 2000 runs while playing in IPL for Delhi Capitals. He has become the fourth player from the Delhi Capitals franchise to do so. Shikhar Dhawan came to Delhi Capitals in 2019 through a trade from Sunrisers Hyderabad and has been with the same team since then.
If we talk about all the IPL matches, then Dhawan has so far scored 5741 runs in 190 matches in IPL. He is second only to Virat Kohli (6,240 runs) in the list of highest IPL run-scorers.

Orange Cap
PBKS skipper KL Rahul strengthened his position at the top of the list with a 98-run unbeaten innings, and while Shikhar Dhawan is still in contention, the left-handed batsman would need at least 126 runs to replace Rahul and reach the top of the IPL 2021 list.
If we consider the current IPL season (2021), Shikhar Dhawan has scored 544 runs in 14 games. Behind KL Rahul (626 runs in 13 matches) and Faf du Plessis, he is in third place for the Orange Cap (546 runs in 14 matches) followed by Ruturaj Gaikwad (533) and Glenn Maxwell (498).
Purple Cap Race
With 30 wickets in 14 games, Harshal Patel remains the Purple Cap holder. He is followed in second place by DC's Avesh Khan (22).
Jasprit Bumrah (21) of MI is in third place, followed by Mohammed Shami (19) and Rashid Khan(18).
Points Table 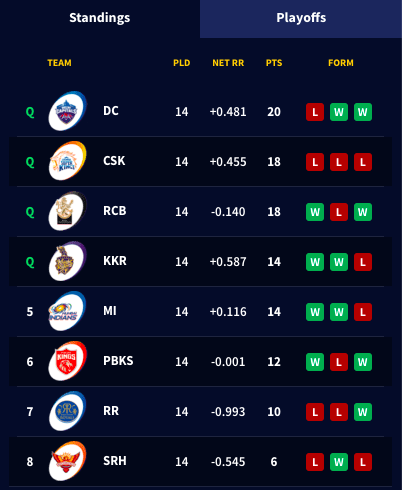