As the Monsoon session of Parliament began on Monday, Shiromani Akali Dal (SAD) staged a protest against the Centre's farm laws outside Parliament. 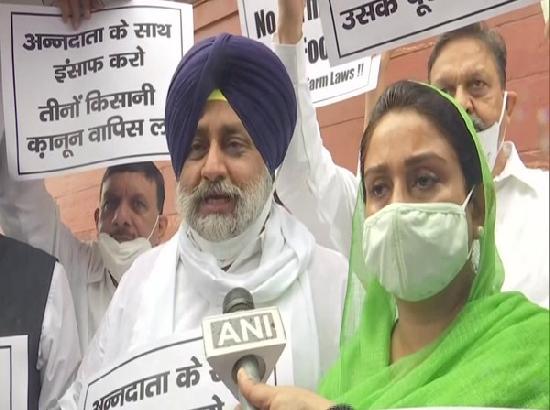 "Why is the government not listening to farmers? Today, whoever supports the farmers will have to force the Centre during the session for farmers' rights. Over 500 farmers have died by suicide. We will ask for this law to be repealed," said Harsimrat Kaur Badal.

Also read: Why are netizens boycotting Cadbury products? Does it really includes Beef?

Farmers have been protesting on the different borders of the national capital since November 26 last year against the three newly enacted farm laws: Farmers' Produce Trade and Commerce (Promotion and Facilitation) Act, 2020; the Farmers Empowerment and Protection) Agreement on Price Assurance and Farm Services Act 2020 and the Essential Commodities (Amendment) Act, 2020. Farmer leaders and the Centre have held several rounds of talks but the impasse remains.