On social media, a video of the event has gone viral, with netizens attempting to identify the individuals shown in the film and demanding that legal action be taken against them. 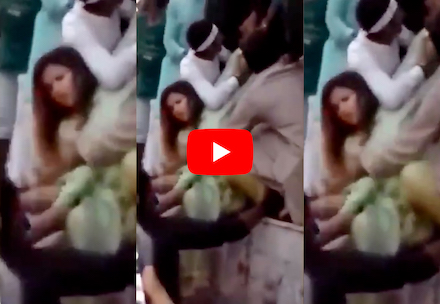 Pakistan, Lahore: A Pakistani lady who frequently uploads and makes films on the TikTok app claims she was "attacked" by hundreds of people in Lahore last Saturday while recording a video commemorating Pakistan's Independence Day.

According to local media sources, a Pakistani TikToker filed a FIR in this case, claiming that individuals tore her clothes and and kept throwing her into the air during the video shoot while she and her companions attempted to escape the mob. See video here.
She further claimed that her ring and earrings were "forcibly removed" by unidentified persons in the crowd, as well as one of her companion's phone and identity card, as well as an amount of around 15,000 PKR were snatched.
Also Read: Dera Baba Murad Shah Nakodar Mela from tomorrow, Trust issues new ‘MUST FOLLOW’ guidelines

On social media, a video of the event has gone viral, with netizens attempting to identify the individuals shown in the film and demanding that legal action be taken against them. The Lahore police, on the other hand, have filed a complaint against hundreds of unnamed people for allegedly assaulting and stealing from the TikToker woman.

According to the First Information Report (FIR) filed at the Lorry Adda police station in Lahore, the event occurred on Independence Day at the Greater Iqbal Park region of the city. According to the complaint, the TikToker and six of her friends were recording a video outside Minar-e-Pakistan on August 14, Pakistan's Independence Day, when they were "attacked" by 300 to 400 individuals.
Also Read: Maharaja Ranjit Singh's statue vandalised once again in Pak, member of radical party TLP arrested
"The crowd was huge, and individuals were mounting the enclosure and approaching us," the lady stated in her police report. "People were pulling and pulling on my garments to the point of tearing them." She went on to say that despite the efforts of numerous people to assist her in escaping the mob, the throng was "too large" and they continued throwing her into the air.
"The unidentified persons assaulted us violently," the complainant added in her complaint.
According to a report in the Dawn newspaper, Lahore DIG (Operations) Sajid Kiywani has directed the superintendent of police (SP) to take "prompt legal action" against the culprits involved in the event. The TikTok application, which has over 39 million downloads in Pakistan, has been banned and reinstalled several times in the nation due to allegations that the platform spreads 'immorality' and 'obscenity'.