The untimely death of the 40-year-old TV and movie actor on Thursday, allegedly due to a heart attack, stunned his fans and left the entertainment industry mourning the loss of a super famous star. 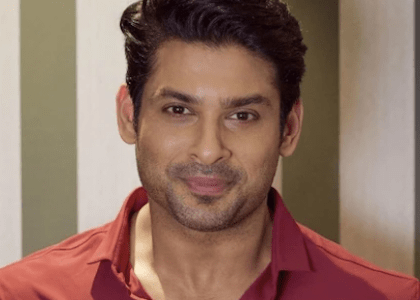 According to reports, actor Sidharth Shukla's autopsy or postmortem was conducted yesterday night at a Mumbai hospital and "no injuries were found," adding that a viscera examination will determine the reason of his death.

The untimely death of the 40-year-old TV and movie actor on Thursday, allegedly due to a heart attack, stunned his fans and left the entertainment industry mourning the loss of a super famous star.
Also Read: Sidharth Shukla's mortal remains at Mumbai Celebration Sports Club for last glimpse

The post-mortem, which was recorded, was conducted by a team of three doctors. According to sources, "no external or internal damage was found.”

Chemical analysis of the viscera samples has been sent. "A histology will be performed, and only then will the cause of death be determined," the sources added.

Sidharth Shukla was taken to Mumbai's Cooper Hospital by his family at 10:30 a.m. on Thursday. On arrival, he was confirmed dead.

Also Read: Sidharth Shukla was suggested by doctors to go slow on exercise and workout

Initial reports suggested a heart attack, but physicians stated the cause of death will be determined by an autopsy report.

Sidharth Shukla, according to his friends, felt restless the night before and did not wake up the next morning.

The family of the Mumbai-born actor released a statement through his public relations staff, urging that the media "draw a line and give his family and loved ones space to grieve."

"We're all in a lot of pain. We're just as surprised as you are. And we were all aware that Sidharth was a private person, so please respect his and his family's privacy. Also, please pray for the rest of his soul to rest in peace.

Sidharth Shukla began his career as a model before landing a starring part in the television serial 'Babul Ka Aangann Chootey Na.' He went on to star in series like 'Jaane Pehchaane Se... Ye Ajnabbi' and 'Love U Zindagi' before breaking out with the smash serial 'Balika Vadhu.'

After winning the reality programme 'Bigg Boss 13,' his fame soared. On the current 'Bigg Boss OTT,' he made one of his last public appearances.