Sidharth Shukla's doctors had advised him to reduce his physical activity. Even though the actor was not feeling well on Wednesday, he continued to exercise. On September 2, Sidharth passed away. 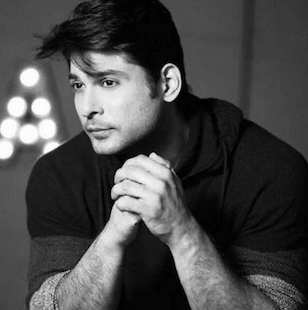 On Thursday, September 2, Sidharth Shukla passed away. The Bigg Boss 13 winner was taken to Mumbai's Cooper Hospital, where he died after a severe heart attack, according to doctors. The Balika Vadhu actor was urged to take it easy on the gym.
On September 2, Sidharth Shukla died after a heart attack. Sidharth returned from a conference at 8 p.m. on September 1 and began running in his building compound at approximately 10 p.m. He ate some supper and went to bed after arriving home. He never skip a workout regime.

He had woken at 3 a.m. and complained to his mother, Rita Shukla, of discomfort and chest pain. She poured him some water. The actor fell asleep after drinking water and did not wake up.

Also Read: Shahnaz Gill was present with Siddharth Shuka during his last moment; she says it to her father

Sidharth was very serious about his workouts and meditation. Every day, he would work out for three hours. According to sources, the actor's physicians have advised him to take it easy on his exercise and fitness routine.

Moreover, Sidharth Shukla’s Gym trainer has given a statement that "One-and-a-half months ago, Sid's leg was twisted while walking in the home, and he fell," Sonu Chaurasia said. At Kokilaben Hospital, he was receiving nerve therapy. He couldn't even keep his balance. Antibiotics were prescribed by the doctor. He was not allowed to move about too much. Working out, on the other hand, was not prohibited. He advised me to come back when things improved. Siddharth used to drive himself most of the time. However, following his injury, Siddharth's driver used to accompany him. He had quit running, but he continued to exercise.”

Sonu Chaurasia went on to say, "The damage before to the heart attack is discussed in the post-mortem report. I believe he sustained the same injury one to one and a half months ago. He used to make fun of himself for having a strong personality. Yes. Let's get you vaccinated, but he chuckled and said he wouldn't if he had to travel somewhere. I'll get the vaccination when I have a plan to travel somewhere.”

The actor's post-mortem report will be made public today, and his body will be taken from Cooper Hospital to his house at 11 a.m.

Sidharth and Shehnaaz were rumoured to be dating, although they never said anything about it. When he died, Shehnaaz was by his side. According to a leading daily, Sidharth died in Shehnaaz' lap after complaining of being uncomfortable at night.

Sidharth Shukla began his career as a model and made his acting debut with a lead role in the TV show 'Babul Ka Aangann Chootey Na'. He later appeared on shows such as 'Jaane Pehchaane Se... Ye Ajnabbi', 'Love U Zindagi' but it was 'Balika Vadhu' that made him famous.