Sanyukt Kisan Morcha has announced that the farmer organization would hold nationwide ‘rail roko’ on October 18. 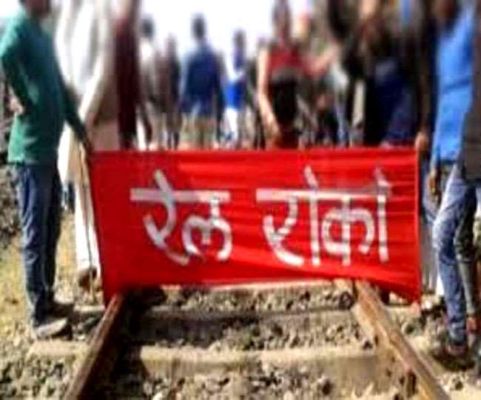 On Saturday (October 9), the Sanyukt Kisan Morcha (SKM) has announced nationwide ‘rail roko (railway blockade)’ on October 18, amid the festive season. This rail roko is a protest against the Lakhimpur violence, in which nine persons, including four farmers, were killed.

SKM has further announced that they will burn the effigies of Prime Minister Narendra Modi and Home Minister Amit Shah on October 15, on Dussehra. The umbrella body of farmers protesting has also questioned the UP government.

“Union Minister Ajay Mishra should be removed and arrested as he started this conspiracy,” said SKM leader Yogendra Yadav.

Today, the Minister’s son Ashish Mishra, who is accused of the Lakhimpur violence, arrived at the Police station for questioning after skipping the summons, following which PPCC chief Navjot Singh Sidhu ended his hunger strike. UP Police has filed a case against Ashish Mishra but he hasn’t been arrested yet as he had claimed that he was not present in the car.

On the other hand, Congress general secretary Priyanka Gandhi Vadra would be leading a “Kisan Nyay” rally in Varanasi on Sunday demanding the immediate arrest of the accused and a repeal of the three farm laws.

SKM has further urged farmers to reach Lakhimpur on October 12 to pay tribute to farmers who were killed on October 3.