SL vs WI: Debutant Jeremy Solozano taken to hospital after hit on head

After the incident in the 24th over of Sri Lanka's first innings, Shai Hope was brought in as a substitute fielder. 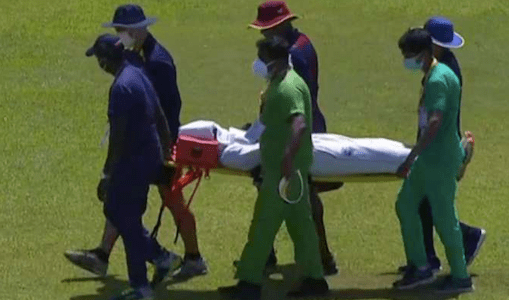 After being hit on the helmet while fielding at short leg, West Indies debutant Jeremy Solozano was carried off the field on a stretcher and transported to a hospital from the Galle Stadium in an ambulance for scans. On the first day of the first Test between Sri Lanka and the West Indies, the event occurred shortly before midday. Solozano was airlifted to a hospital in Colombo, more than an hour away by car.

Later that evening, Cricket West Indies stated that while Solozano's scans revealed "no structural damage," he will be held in the hospital for the night. 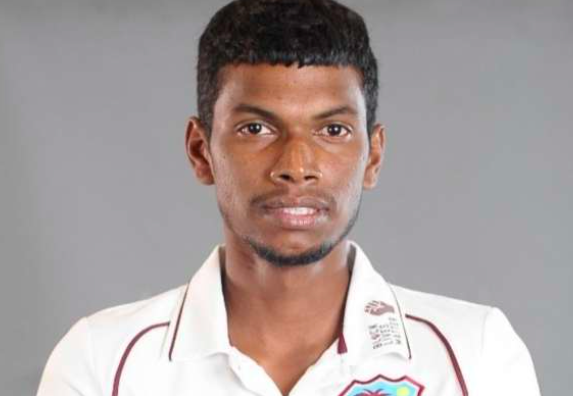 When Sri Lanka captain Dimuth Karunaratne pulled a short ball from Roston Chase, he was struck on the front of the helmet near the forehead on the fourth delivery of the 24th over. Solozano had just enough time to react or take evasive action after the batter had middled the ball.

Solozano lay motionless on the ground for several minutes after that, although he looked to be aware while he received medical assistance and was surrounded by players from both sides. He was also seen short conversing before covering his face with a towel, most likely due to the heat, since the midday sun was hammering down hard.

An anxious gaze Before Solozano was stretchered off the field and into the ambulance at the boundary, head coach Phil Simmons came down the dressing room steps and waited near the boundary rope.
Solozano, a 26-year-old left-handed hitter from Trinidad who had previously played 40 first-class games, was given his Test cap by Simmons before the start of the game and was slated to open for the West Indies later in the game. He was a member of West Indies A and competed in the 2014 Under-19 World Cup. In the second of two intra-squad "Best vs Best" matches in Antigua before the Sri Lanka trip, he hit 74 off 216 balls, earning praise from chief selector Roger Harper for his "application, patience, and composure”.