The southpaw, who had been 80 not out overnight, kept her cool to achieve the milestone on Day Two before being dismissed for 127. 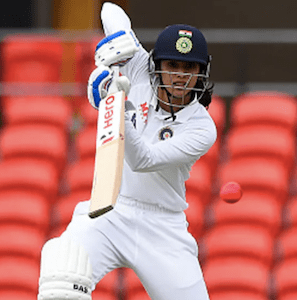 Smriti Mandhana of the Indian women's cricket team scored 127 runs against Australia in the one-off Pink Ball Test on Friday, becoming the first Indian woman to reach a century in a pink-ball Test. This is also the first century by an Indian woman in Australia.
On Day Two in Carrara, Queensland, the southpaw, who was 80 not out overnight, kept her cool to achieve the milestone. She took 171 balls to reach triple digits and was dismissed for 127 runs. In the second day's first session, India reached 231/3.
Also Read: IND vs AUS women: Smriti Mandhana scores career best 80*, Rain stops Pink Ball Test
India was in a great position during the supper break, having began the proceedings at 132 for one. 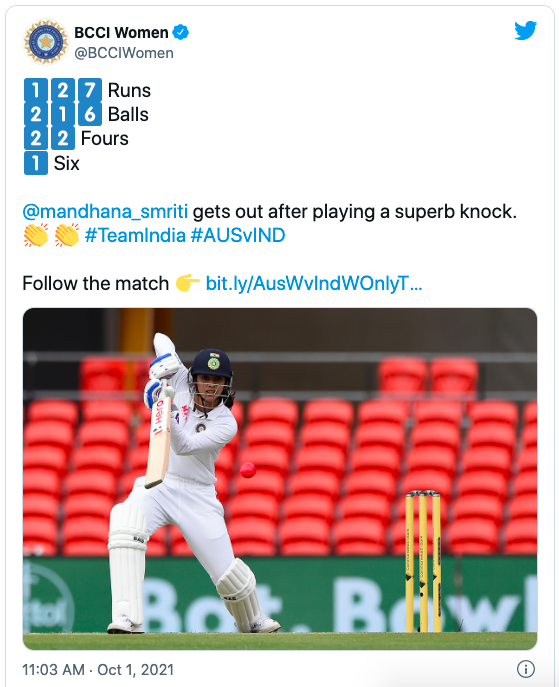 At the Carrara Oval, Mandhana scored 127 off 216 balls with 22 boundaries and a six, adding an Indian record of 102 runs for the second wicket with Punam Raut (36), continuing his fine performance after putting up 93 with Shafali Verma on a rain-affected first day.
Also Read: Winning Hearts: Ishan Kishan and Sachin interacting feels like a principal talking to his student 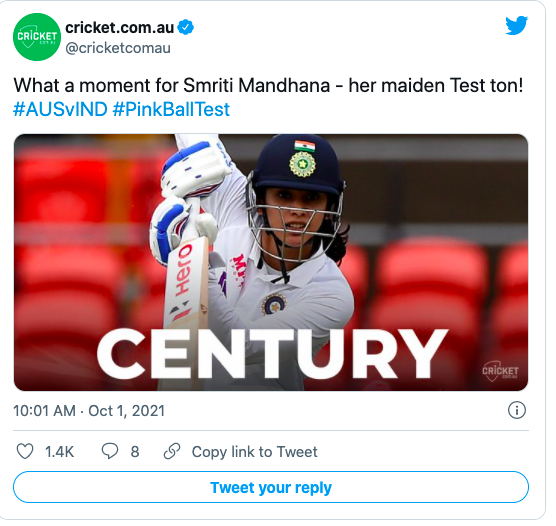 In the 52nd over, she got her century off a short-arm pull shot from Ellysse Perry. In the second over of Day 2, Mandhana would not have added to her overnight score of 80 if Perry hadn't overstepped. Replays revealed that the catch may have been questionable as well. 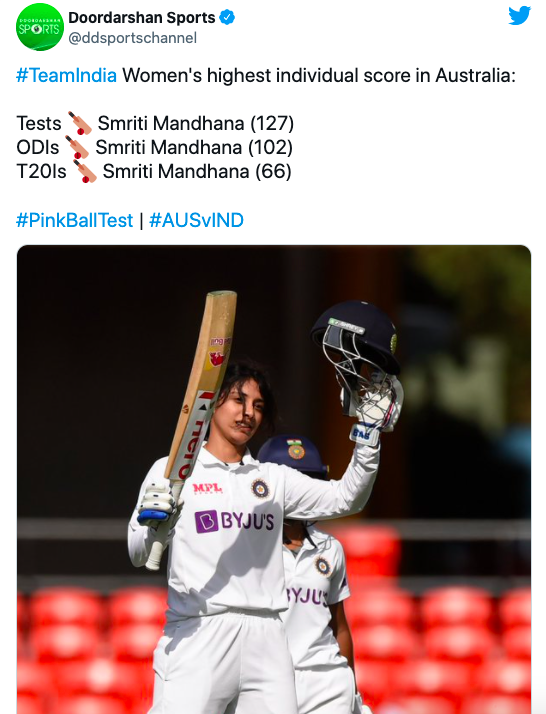 As the Indian women's cricket team settled on 132 for 1, the Maharashtra player highlighted the opening day with a career-best 80 not out, which had elegance written all over it. 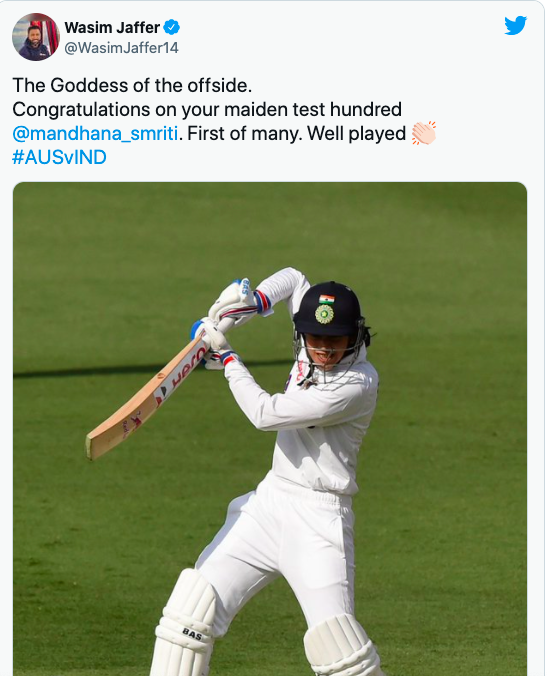 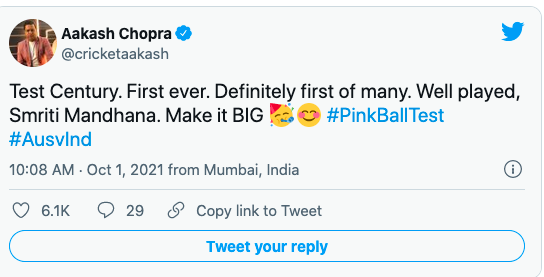 Aakash Chopra, a cricket commentator and former Indian men's team opener, lauded Mandhana on his century, writing that it was the first of many to come from his bat. He expressed himself as  "Test Century. First ever. Definitely the first of many. Well played, Smriti Mandhana. Make it BIG  #PinkBallTest #AusvInd.”

Dodda Ganesh, a former cricketer, complimented the India opener for a "top-class" effort in challenging circumstances. He wrote, "Top class century @mandhana_smriti. Kick on and get a big one  #AUSvIND."

Mandhana, who hit 15 boundaries and a six on his way to 80 off 144 balls, added 93 for the opening stand with Shafali Verma (31 off 64 balls), who played second fiddle during their partnership.
The second session was rained out for the most part, although Mandhana added another 16 runs to her previous best of 78.
In brief, India scored 231/3 in 84 overs (Smriti Mandhana 127; Sophie Molineux 2/22) in their first innings.