The central bank is expected to continue with its policy tightening cycle with rates that may go up by 1.50% by the end of 2022. 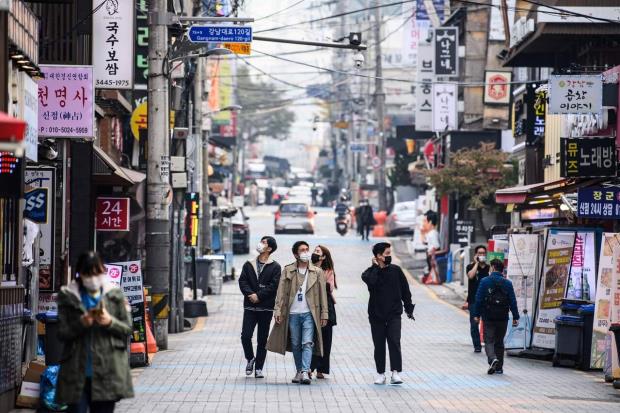 Amidst the troubles of higher prices and increasing household debt, South Korea's central bank has raised the interest rates for the second time. The Bank of Korea's quarter of a percentage point rise by 1% was highly anticipated by economists, becoming the latest central bank to take such a step as policymakers are trying to strike a balance between post-pandemic recovery and soaring inflation.

New Zealand too had increased rates for the second time on Wednesday in just a few months' gaps.

The Bank of Korea in a statement said, "The Korean economy has continued its sound recovery," it further read, "The Board will continue to conduct monetary policy to sustain the recovery of economic growth and stabilize consumer price inflation at the target level over a medium-term horizon, while paying attention to financial stability.”


The bank has also raised its inflation outlook to 2.3% for this year, while 2% for the year 2022, further intimating more increase in rates in future.

Alex Holmes, Asia Economist at Capitol Economics has said that the Bank of Korea has put out clearly that its key priority is to control financial risks amid the soaring house prices and household debt. “The latest data show both are continuing to grow strongly,” he said.

South Korea in August this year became the first major Asian economy to hike interest rates since the onset of the Covid-19 pandemic. That was the country’s first rate rise in almost three years.

By increasing the rates, the lawmakers are trying to cover the rising prices and also keep a check on the mounting financial imbalance in the country.

Several major central banks across the world are believed to tighten monetary policy in the coming months, which includes the US Federal Reserve and the Bank of England.

The Reserve Bank of New Zealand (RBNZ)  on Wednesday had increased its official cash rate by a quarter of a percentage point up to 0.75%. It is RBNZ's second rate rise in two months that comes as the nation witnessed a decline in employment, inflation and a surge in property prices

The hike in rates came when the New Zealand government announced its plans to reopen the borders and its willingness to allow foreign travellers to enter the country from next year. With this move, the country lifts restrictions that have locked its citizens and tourists since the international borders were shut down at the beginning of the Coronavirus pandemic.