Fans have been debating whether or not the alleged leak is real, and now a popular group of visual effects artists has released their thoughts on why the leak could be genuine. 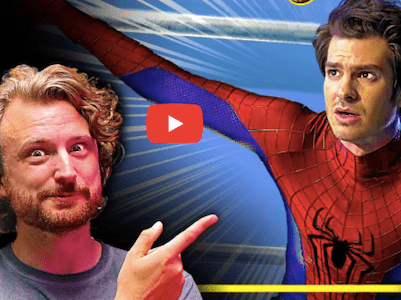 After a year with no Marvel films, fans of the Marvel Cinematic Universe have been given for choice in 2021. Disney+ has so far given fans two feature-length films and four programmes. Now that October has here, there is still at least one more series and two more films to watch before the end of the year. Spider-Man: No Way Home, one of the most anticipated superhero films of all time, is one of them.
Also Read: James Bond 'No Time to Die' movie ramps up $22M through first two days, breaks many records
In classic Marvel tradition, nothing is known about No Way Home except that it will have far-reaching consequences throughout the cosmos. As a result, fans have been keen to learn all they can about the film, which has resulted in many leaks from the set.
One in particular shows Andrew Garfield's Peter Parker dressed up in his Spider-Man costume from Marc Webb's Amazing Spider-Man franchise, despite Garfield's adamant denial that he is in the film.
Also Read: Guns, Girls, Booze - Part II: The other 'spirited' diversions of James Bond

Fans have been debating whether or not the alleged leak is real, and now a popular group of visual effects artists has released their thoughts on why the leak could be genuine.

Corridor Crew, a popular YouTube channel with over five million subscribers, explained the leak in a new video. They discuss the numerous reasons why the leak is most likely true in the document. Due to the clip's depth of field and set-up, the team believes the first video disseminated was likely shot with the same sort of camera used by Hollywood filmmakers.
The video spends a substantial amount of time explaining why the leak couldn't be a deep fake, with Corridor Crew pointing out that hair is rarely deepfaked due to the complexity, even with today's technology.
This isn't an official confirmation, but it's probably as near as we'll get until the film is released. Unless Sony catches us off guard by revealing Maguire and/or Garfield in the threequel's final teaser. Because Alfred Molina's cameo in the first trailer was likely prompted by the Doc Ock actor leaking information about his comeback to the press, the studio may opt to remove the two legacy Spideys in the next video to ramp up the anticipation even more.
At this point, there's a lot more proof that Maguire and Garfield are in Spider-Man: No Way Home than there is that they aren't. But we won't know for sure until the December 17th release of Jon Watts' Spider-Man: No Way Home.