Danushka Gunathilaka was arrested in Sydney and the Sri Lankan team left from Australia for their home without him Author : Ujjwal Samrat 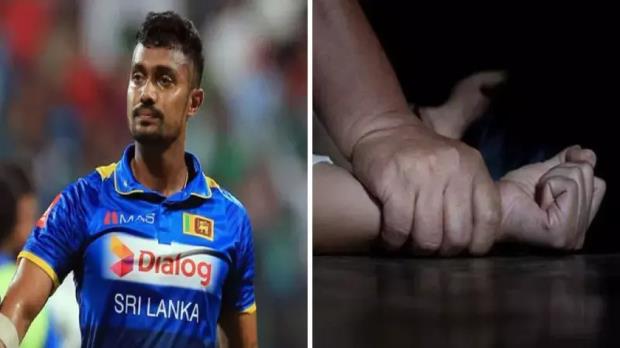 In what can be called an absolute shocker Sri Lankan cricketer Danushka Gunathilaka was allegedly arrested by Sydney Police after a woman accused him of raping her.

As per reports, Danushka Gunathilaka was arrested in Sydney and the Sri Lankan team left Australia for their home without him as their stint in T20 World Cup 2022 came to an end.

The police nabbed Sri Lankan batter from the hotel in the early hours today from the team hotel. Based, on the reports the action has been taken after a 29-years-old woman alleged Gunathilaka of sexually assaulting her at a residence in Rose Bay earlier this week.

"The woman met with the man after communicating with him for a number of days via an online dating application; it's alleged he then sexually assaulted her on the evening of Wednesday 2 November 2022," a New South Wales police statement said.

The statement further read, "As part of ongoing investigations, a crime scene examination was undertaken by specialist police at an address in Rose Bay yesterday, following further inquiries, a 31-year-old man was arrested at a hotel on Sussex Street, Sydney, shortly before 1 am today (Sunday 6 November 2022).”

Into its 12th Semi-Final appearance in the ICC tournament history, Can New Zealand break the final ceiling this time?

A similar confirmation has been issued by Sri Lanka Cricket that ICC has notified about Gunathalika's alleged assault. The Sri Lankan Cricket board issued a statement that read, "SLC will closely monitor the proceedings in court and, in consultation with the ICC, will expeditiously initiate a thorough inquiry into the matter and take stern action against the player if found guilty."

Notably, the Sri Lankan batter was ruled out of the T20 WC during the first round due to a hamstring injury. He was replaced in the squad but remained with the team in Australia.

(NOTE- THIS IS A DEVELOPING STORY any further action against the player in the case will be duly reported.)