Into its 12th Semi-Final appearance in the ICC tournament history, Can New Zealand break the final ceiling this time? 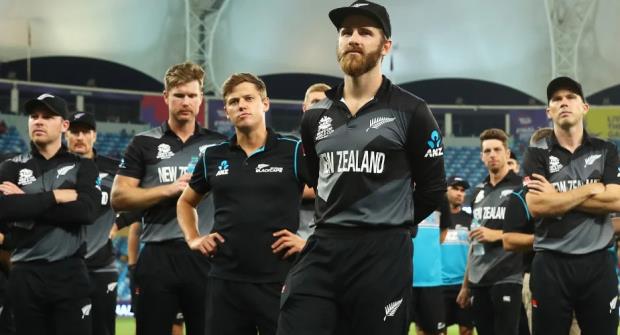 With India’s thumping victory over the Zimbabwean side, we have the final four of the T20 World Cup 2022 with standings as India finished at top of the table with 8 points as they as Pakistan made a cut into the final four thanks to the South African defeat against the Netherlands, which they ensured with a victory against Bangladesh.

And with New Zealand and England already into the final four from group 1, implies India will take on the 2010 champions England while Pakistan will face the mighty Kiwi side in the other semi-final.

However, the twist in the tale so far has not ended, and here is when the actual story for the blackcaps begins. The New Zealand cricket team has been consistently performing well in the international circuit moreover in the ICC events, however, has failed to cross the one final line in successive editions of the ICC tournaments over the years barring the maiden WTC victory against India in England.

Ahead of the grand semi-final clash between Pakistan and New Zealand on the 9th of November at the Sydney Cricket Ground here, we present to you how the blackcaps have failed towards the final stage of the game even though performing best all through the league stage.

New Zealand in the history of the ICC World Cup:

2019 World Cup: Final, Luck didn’t favor the Kiwis as the dramatic world cup final resorted to the Super Over where they were beaten by the Host team England.

In the history of over 37 years of the ICC World Cup, the blackcaps made it to the final four 6 times, into the final twice, quarter-final on one occasion, and failed to make it to the knockout thrice in 1983, 1987, and 2003.

The story has remained somehow the same for New Zealand in the ICC tournaments over the years in the shortest format of the game. Reaching the Semi-Final twice in the 2007 inaugural edition of the game in South Africa losing to Pakistan and in 2016 losing to England in India.

The Blackcaps made it to the Finals in the last edition of the game in 2021 where they were thrashed by the Australian side by 8 wickets in Dubai.

In total by far, this will be New Zealand’s 4th meet against Pakistan in the final four stages of the ICC tournaments a big question that looms over whether will they be able to cross the line this time as the top four heads for the big prize scheduled at the iconic Melbourne Cricket Ground on the 13th of this month.