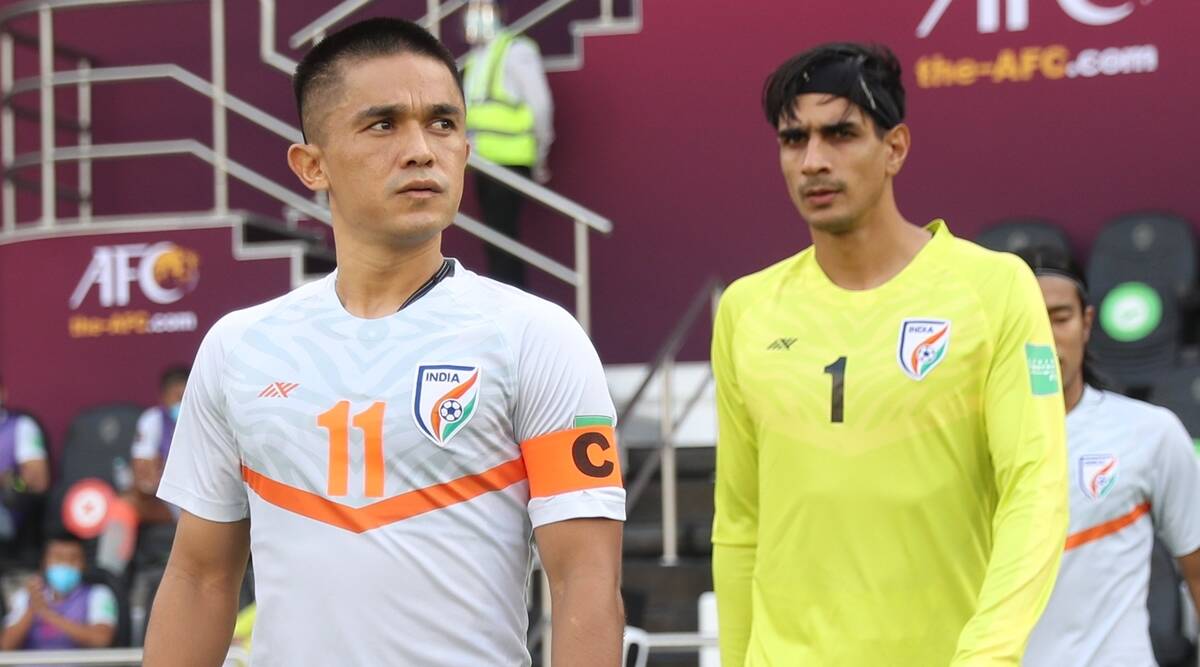 Sunil Chhetri of India, who scored a brace in India's 2-0 win over Bangladesh in Doha on Monday, passed Lionel Messi of Argentina as the second-highest active international goalscorer with 74 goals.

The 36-year-old striker, who helped India win the FIFA 2022 World Cup qualifiers for the first time, is second only to Portugal's Cristiano Ronaldo (103) in active international goalscoring. 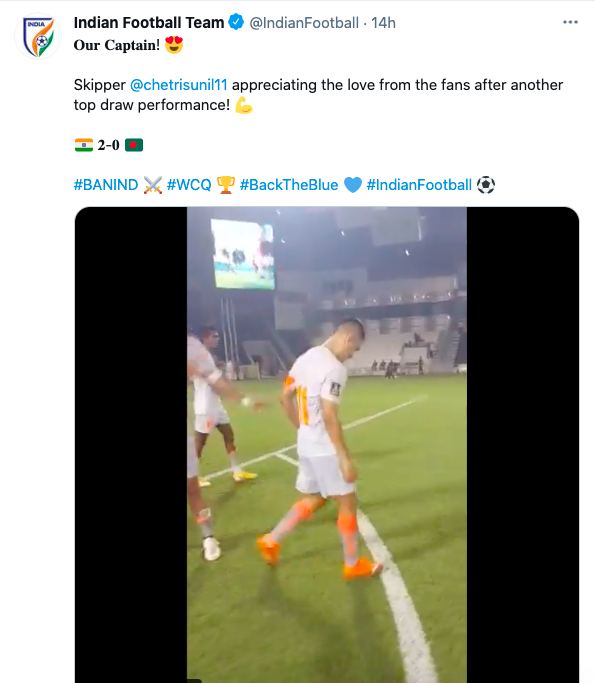 Ali Mabkhout of the UAE, who is close behind him on the list, increased his tally to 73 after scoring against Malaysia last week. Messi, on the other hand, scored his 72nd international goal against Chile last Thursday.

Sunil Chhetri scored twice in a 2-0 win over Bangladesh in the joint preliminary round match at the Jassim Bin Hamad Stadium in Doha on Monday, giving India their first win in FIFA World Cup qualifiers in six years. 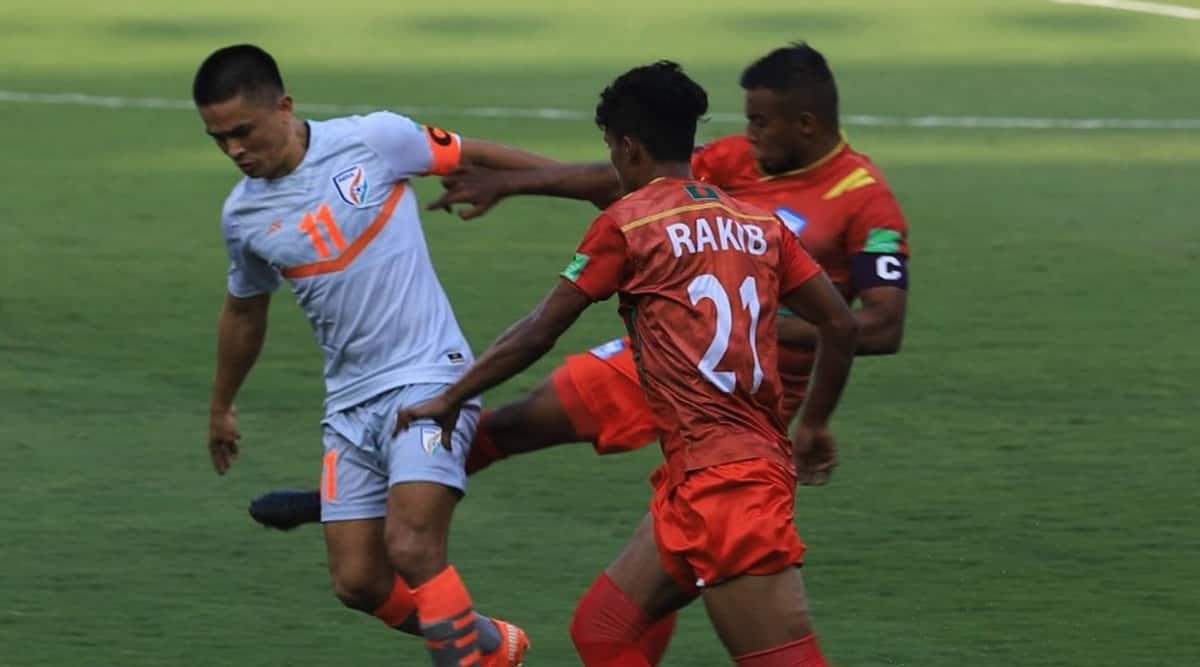 Chhetri scored his first goal in the 79th minute to keep his team on track to qualify for the 2023 Asian Cup third qualifying round.

At the Al Sadd Stadium, second-half replacement Ashique Kuruniyan produced a cross from the left for Chhetri to head in beautifully from behind Topu Barman after a lengthy run and from a tight angle.

After receiving the ball from Suresh Singh on the right flank, it was that guy Chhetri who finished off his night with another magnificent strike in extra time (90+2). See video here. 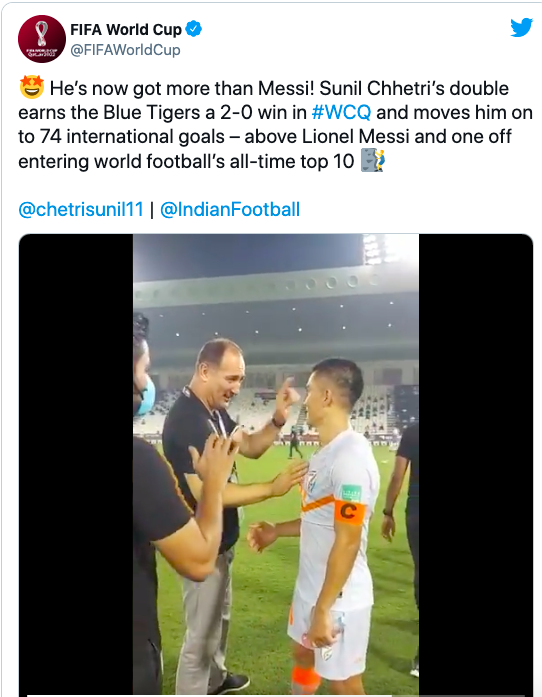 After Chhetri's 73rd goal in international football, a confident India advanced in the opponent half, and the move paid off for beleaguered coach Igor Stimac, as the captain scored his and the team's second right before the final whistle.

The equaliser did not materialise in the end, but India finished on a high note, giving their campaign a much-needed boost after a couple of failures.

Chhetri, the second top scorer in current international football, more than made up for his fumble in the 63rd minute, when the unmarked leader missed a free header after a beautiful pass from Brandon Fernandes.