Suriya 40 First Look to be released on THIS special day, makers share VIDEO 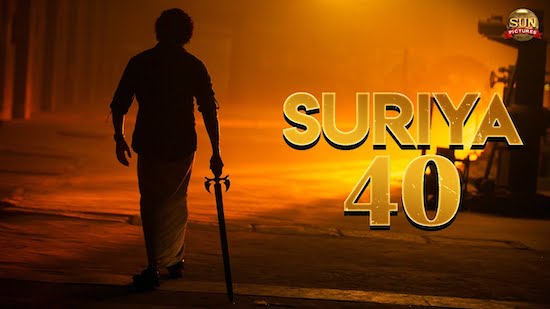 Suriya is now working on projects with filmmakers Pandiraj and Vetrimaaran after wowing us with his acting skills in Sudha Kongara's Soorarai Pottru. Priyanka Arul Mohan, Sathyaraj, Saranya Ponvannan, Devadarshini, Jayaprakash, and Ilavarasu star in Suriya 40, which is characterized as an action thriller with a social message. 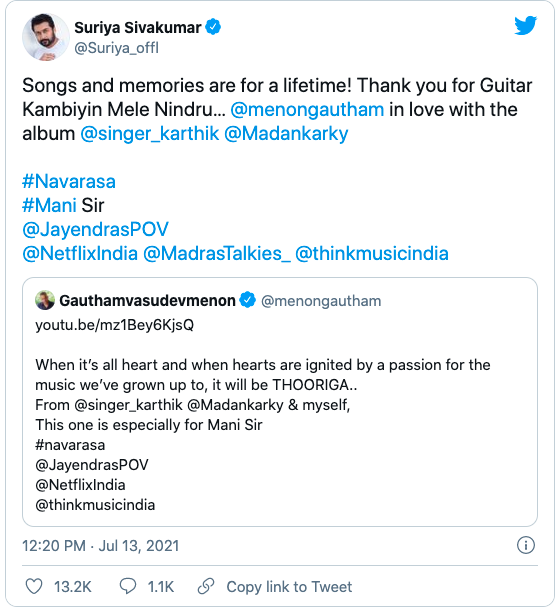 While Suriya will be celebrating his birthday on July 23, the actor will offer fans an early gift by releasing the first look of Suriya 40 on July 22 at 6 p.m. D Imman will compose the film's music, while Rathnavelu will serve as the cinematographer. Sun Pictures will finance the film. See the video released by makers. 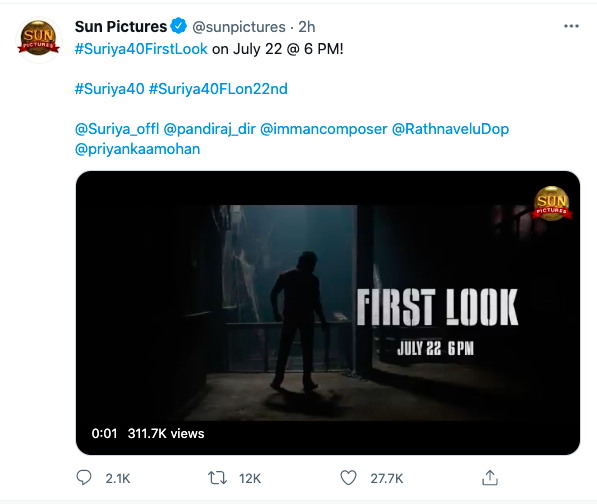 So fans, get ready for the first look of Suriya 40.