T20 World Cup: 'There will be some retirements', says Gavaskar after India's humiliating loss to England

After India's humiliating exit from the ICC Men's T20 World Cup 2022 on Thursday, legendary Sunil Gavaskar is expecting a few retirements from the current team in near future. 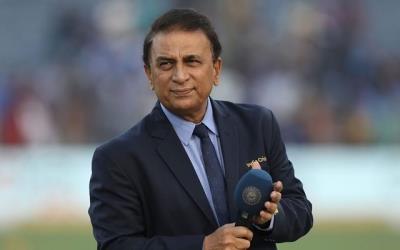 After India's humiliating exit from the ICC Men's T20 World Cup 2022 on Thursday, legendary Sunil Gavaskar is expecting a few retirements from the current team in near future.

England openers Jos Buttler (80 not out from 49 balls) and Alex Hales (86 not out from 47) made a chase of 169 look like a walk in the park in the semifinal of the Men's T20 World Cup 2022, powering their team to the final with a convincing 10-wicket win over India.

After the game, the former India captain said that he expects several changes in the line-up, adding that Hardik Pandya will be taking over the Indian team after the World Cup.

"Having won the Indian Premier League on his first assignment as the captain, they would have marked Hardik Pandya out as the next captain. Hardik Pandya will definitely take over the team in the future and there will be some retirements, you never know. Players will be giving it a lot of thought. There are several players in their mid-30s who will be reconsidering their position in the Indian T20I team," Gavaskar said on Star Sports.

The 73-year old also talked about Indian batters' dismal show in the crucial knockout matches of ICC events in the last few years.

"I just think India seem to freeze in these knockout games... particularly with the batting and it is the batting which has been the strength of the Indian team," he said.

"In the semifinals, the batting has not been as good as it should be. Obviously, at this stage, you are going to get much better bowling attacks than maybe the group stages and that's understandable. But the batting really hasn't got the runs that the bowlers can defend," he added.