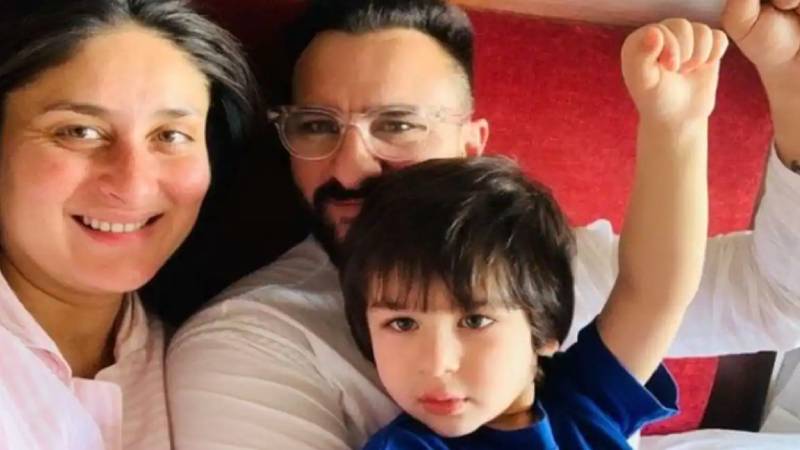 In the Pataudi family, the crying of the infant is again buzzing. Bollywood actress Kareena Kapoor has given birth to a son. According to reports, Kareena was admitted to the Breach Candy Hospital in Mumbai at around 5:30 pm on Saturday evening, where the son was born at around 8:30 am on Sunday. In a statement sent to the press, Saif Ali Khan wrote, 'We have been blessed with a baby boy. Mom and baby are safe and healthy. Thank you to our well-wishers for their love and support. '

Following the birth of Saif and Kareena's second child, people on social media started suggesting and guessing the name of the baby. Saif and Kareena both were criticized when they named their first son Taimur. Taimur or Timur was a Turko-Mongol conqueror who brought most of the Muslim-ruled parts of Central Asia and India under his control in the 14th century. Timur was the founder of the Timurid Empire and Timurid dynasty which survived until 1857. Taimur military campaigns have caused the deaths of 17 million people which was 5 percent of the world population during that time.

A user wrote, "They celebrate Tipu sultan. They honor Taimur by giving his name to children. But when show mirror they play victim.What a shameless tactics."

Another user wrote, "Jews would never name their child Hitler. you Can't name someone Judas in Germany. Hindus dont even name their Kids "Vibhishan" cos even though he was on d right side bt he betrayed his Brothr. but indian Celeb name their Child Taimur..next kid's name may be Babar/Aurangzeb." "It doesn't matter how much you criticize them for naming their babies Taimur or Aurangzeb or whatever. The question is, whether you'd go to the theater and spend 1000/- on the movie tickets of the same people? Because it's the money that gives them power," added another user. "Keep names of mass murderers of Hindus like Taimur and Aurangzeb and took out rallies showing Hindus chained and chant hindutwa free country then complain of Islamphobia .. well done."