Taliban fighters laugh off question if female politicians will be chosen to power. Watch video

Women rights and safety will be ensured under set Islamic Sharia rule, said a Taliban spokesperson during a press conference held in Kabul yesterday. 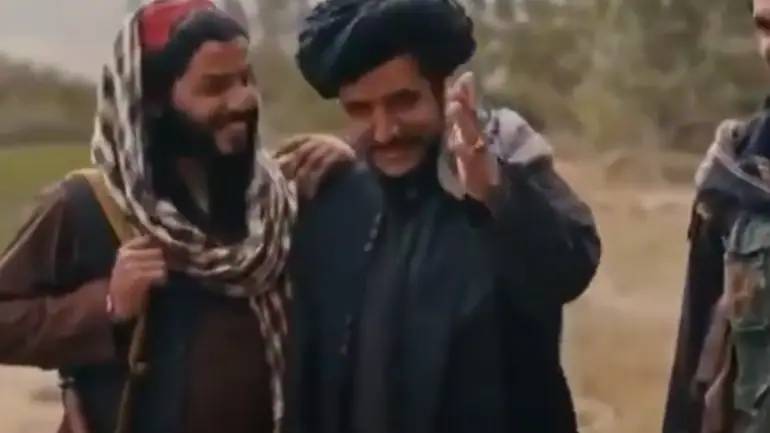 An old video of Taliban fighters speaking to a female journalist has been surfacing since today morning. In the video, the fighter can be seen bursting into laughter when asked if Afghans will vote for women politicians. The journalist can be seen interacting with the Taliban terrorists wearing conservative attire, where she asks questions to the Taliban insurgents relating to the faith of women in Afghanistan.

The Taliban occupied the country after former president Ashraf Ghani pulled out from his post and fled Kabul on Sunday, while the Afghan army surrendered to the Taliban terrorists.

The old video is a portion from the Vice News special documentaries from Taliban territory.

In the video, the journalist can be seen asking the Taliban commanders whether women in the country will be given democratic rights under the Taliban’s regime. To which the fighters responded: “Women's rights would adhere to Islamic Sharia law.”

She then continues to question them if there will be a democracy and will the Afghan people be allowed to vote for women politicians to power. The fighters laughed off the question.

"It [the journalist's question] made me laugh,” one fighter responded who could be seen smiling, before asking to switch off the camera.

Global leaders and international organisations, including the UN Security Council, have expressed concerns over women rights and safety under Taliban controlled Afghanistan.

On Tuesday, UN chief Antonio Guterres said he is seriously worried by "accounts of human rights violations" against the women and girls of Afghanistan fearing the return of the darkest days.

"They are looking to the international community for support. We must not let them down," he tweeted.

Although the world is gravely concerned about the future of women and girls in Afghanistan, the Taliban during a press conference held in Kabul on Tuesday have stated that women’s rights will be respected according to the framework of Islamic Sharia law and urged them to join the government. Zabihullah Mujahid, Taliban spokesperson said, "Women are going to be very active in society but within the framework of Islam."

Saying that the Taliban has more experience now, it is different from what it was in the 1990s and claimed that they will acquire a more moderate stance than before.

However, the assurances of the Taliban are making no sense to the women as they fear they will be killed and will again go back to the older times.

Zarifa Ghafari (27), Afghanistan's first woman mayor, speaking to the media outlets said: "I am sitting here waiting for them to come. There is no one to help me or my family. I am just sitting with them and my husband. And they will come for people like me and kill me. I cannot leave my family. And anyway, where would I go?"

Women in previous Taliban rule were not allowed to have any public life and could only come out of their houses with a male member of their family. A reemergence of the same is being apprehended by the Afghan women who are not ready to believe in the Taliban’s promises because several provinces in Afghanistan have already seen the imposition of restricting women’s daily activities.

In some northern parts of the country, women have been directed to not wear revealing slippers and step out only with male members, while women employees in two banks in Kandahar and Herat have been told to quit the job so that men can replace them, reports said.