The Taliban issues prohibitory orders against music, female voices on television and radio channels in Kandahar. 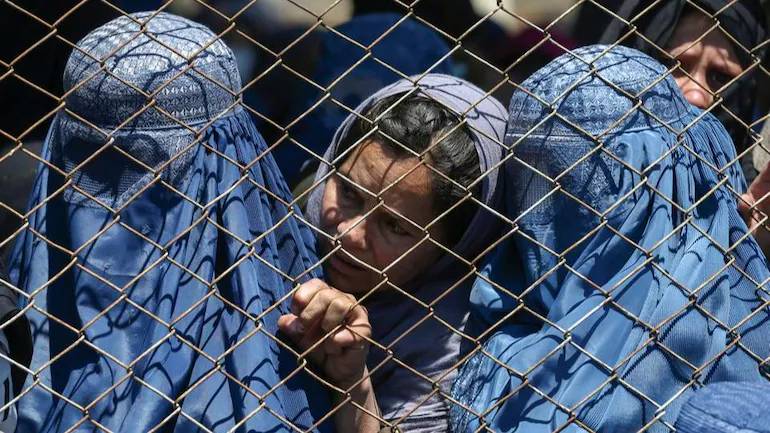 It seems that the Taliban has been aggressively indulging in its age-old regressive ideologies by enforcing a blanket ban on music and female voices on television and radio channels in Afghanistan’s Kandahar.

After the Taliban’s undisputed takeover of Afghanistan on 15 August, several media outlets in the country took their female anchors’ off-air. Earlier, similar situations were witnessed in Kabul also where local media requested their female staff members to leave the workplace.

After the successful takeover, the Taliban assured that the women will be allowed to work and study as per the Islamic law permits. Contrary to this statement, local media reported that women have already begun facing problems in their daily lives.

According to Tolo News, the extremist group has already directed that girls and boys schools will be separate, banning Co-education in the country.

For the uninformed, Kandahar is a city in Afghanistan's south where the Taliban took birth.

Also Read: Malala recalls the day Taliban shot her, says she still has part of her skull on bookshelf

A Taliban spokesperson has asked women to stay inside their homes and their salaries will be provided to them in their homes. The Taliban ordered women to stay at home as the fighters are not trained yet to respect and deal with them.

Zabihullah Mujahid asserted that these restrictions on some are temporary until a proper system is put in place to ensure their safety.

In a press conference, the Taliban spokesman had promised that women can go to work and avail themselves of all rights but under the limitations of Islam.

Going back in time, the Taliban always had a history of being regressive in terms of the treatment of women. This included covering heads and being accompanied by male family members every time they stepped out of their homes. They would undergo flogging if found violating any of the rules set by the Taliban. They would be publicly beaten, punished and even executed.

The Taliban this time has shown a moderate approach towards Afghan women and girls, however, the women in Afghanistan have no trust in their promises, given the age-long oppression and barbarity they imposed earlier.

Also Read: Taliban asks women to stay at home as fighters not trained to deal with them

Women desperately want to escape Afghanistan, as they believe their freedom will be taken away.

However, the fighter’s actions don’t coincide with the words spoken. In several regions, female employees have been asked to quit their jobs and were replaced by men.

Several videos showed Taliban militants painting the pictures of women displayed in shops, women are commanded to not reveal their sandals and not come out in public without a burqa and a male guardian. Reports also said that women were being exported in coffins as sex slaves and many are already killed.