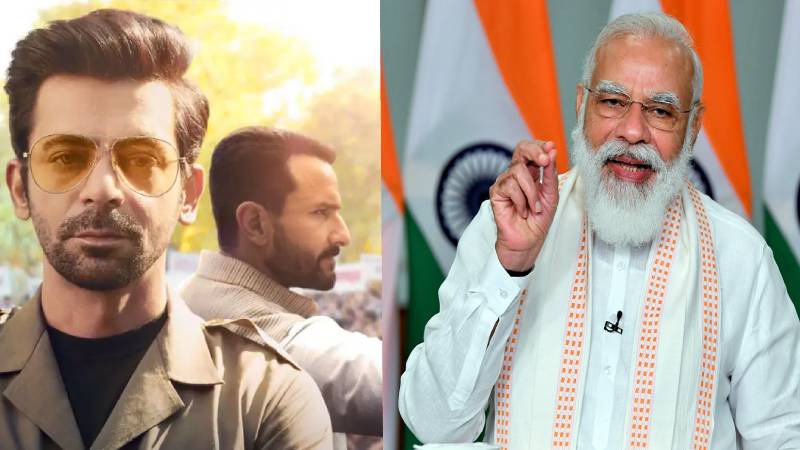 One of the most awaited political drama Tandav starrer Saif Ali Khan, Dimple Kapadia, Sunil Grover, and more is all set to release on Amazon Prime on Friday. The web-series is the creation of famous film-maker Ali Abbas Zafar. Although the star cast of Tandav is quite big when we talk about Saif Ali Khan and Dimple Kapadia. However, what attracted people's attention is the inclusion of ace comedian Sunil Grover and that too in a serious role.

Recently, Sunil talked about his character in the web-series in an interview with eminent news organization Indian Express. Sunil's character of Gurpal is quite cunning and ruthless.

Talking about his character and Saif Ali Khan, Sunil said, "Gurpal Chauhan is a very different role from what you’ll have seen me doing but I really can’t tell much about it. It was amazing to work with him. He is such a dedicated, passionate actor. Saif has done so much work but has the energy of a newcomer. He knows the script and is always well prepared."

Interestingly, this is the second Sunil is working with film-maker Ali Abbas Zafar. On Ali, Sunil says, "It’s always lovely working with him given he is so approachable and easy-going. You can always have a healthy discussion with him. He is calm yet has so much fun with his team. Also, Ali knows his script so well and designs them before he comes on set. Hence, it becomes very easy for actors to perform on his vision."

Ever since the makers of Tandav has dropped its trailer, it's one dialogue has caused a lot of speculation and stir. The dialogue says, 'Iss desh ko ek hi chiz chalati hai, rajneeti. Aur jo pradhan mantri hai wahi iss desh ka raja hai'. People on social media are speculating that this dialogue has somewhat relevence from India's contemporary politics i.e. PM Modi's dominance in the current political system.

When confronted on the same, Sunil said, "Not at all, Tandav is set completely in a fiction world. There is no reference to a political party. The line that you are mentioning has been said through a character’s point of view. The show or me, personally do not believe in the same."