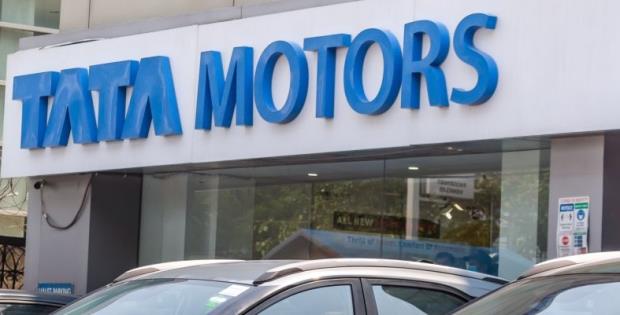 Maker of Nexon SUV, Tata Motors overtook Hyundai Motor India to become the second-largest seller of passenger vehicles in India for the first time in nearly a decade in December 2021.
Despite a semiconductor scarcity and a devastating second wave of Covid-19, the passenger vehicle sector made a comeback in 2021, with sales increasing by 27% and crossing the 30 lakh-unit milestone for only the third time in history.
Last month, Tata Motors sold 35,300 cars in India, while Hyundai sold 32,312 cars in the same period. Tata Motors' robust volumes are backed by a plethora of popular-selling models, which helped the company achieve its highest-ever monthly sales in December. Tata Motors shipped about 99000 vehicles from October to December, bringing the total number of vehicles sold in 2021 to 3.31 lakh. 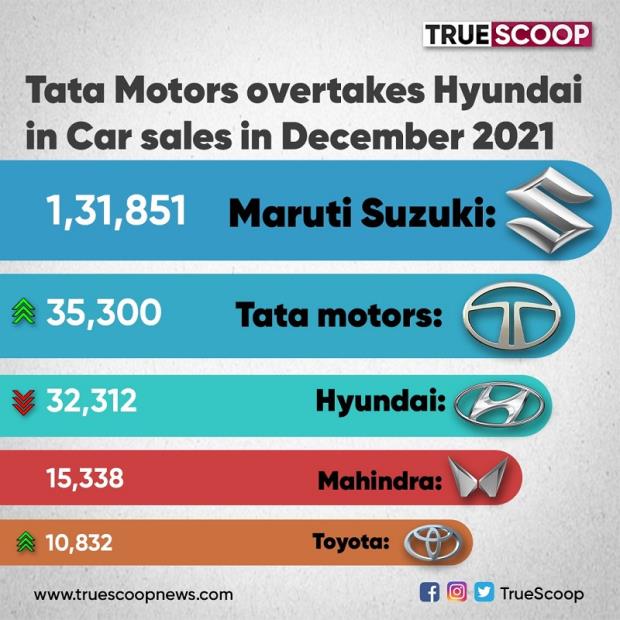 In December 2021, the company achieved its highest-ever monthly sales, highest-ever quarterly sales in October to December 2021, and highest-ever annual sales since its inception in 2021.
While Hyundai Motor India was spared from the semiconductor scarcity for the majority of 2021, the firm was forced to correct production and even implement 'no production days' due to a parts shortfall in previous months.
Also Read: 'Start Up Grand Challenge' to attract talent for farm-related solutions
In a review of December 2021 sales, Tarun Garg - director of sales and marketing at Hyundai Motor India, claimed that despite significant component supply constraints, HMI had managed to assure flawless deliveries of customers' favourite Hyundai cars.
Tata's Electric vehicle sales
Tata's electric vehicles have also received a positive response, with sales of the Nexon increasing and the Tigor EV being introduced last year. In December 2021, the company sold 2,255 units, an increase of 439 percent over the 418 units sold in December 2020. In Q3 FY22, the company sold 5,592 electric vehicles, up from 1,256 in Q3 FY21, a 345 percent growth.
According to the firm, EV sales reached 10,000 units in 9MFY22, and for the first time in Dec '21, they surpassed the 2,000 monthly sales milestone.