A huge outbreak was also observed in 2003, in the United Kingdom, according to the CDC. 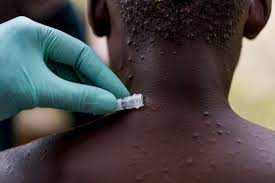 Human Monkeypox is a rare case of human disease and belongs to the family of smallpox, but is a serious illness. This dangerous disease was detected in Texas, the centers for Disease Control and Prevention (CDC) stated that it was the 1st case of this virus on Friday.

This virus was found in a native of the US, who had traveled from Nigeria to the United States and is currently admitted in Dallas. Dallas Country Judge Clay Jenkins said, “While rare, this case is not a reason for alarm and we do not expect any threat to the general public.”

The outbreak of this viral disease is also reported in the central and western African countries since 1970 including Nigeria. A huge outbreak was also observed in 2003, in the United Kingdom, according to the CDC. They further added that they are working with the airline, state, and local health officials so as to contact those people who may be affected by the American.

This viral disease belongs to the family of smallpox and has the symptoms of serious viral illness that initially starts with flu-like symptoms and lymph nodes swelling, which leads to rashes on the face as well as body.  It can be spread from person to person through respiratory drops and touch. The CDC said that due to the Covid-19 restrictions, the travelers were wearing masks, so the risk of the spread might have decreased via the respiratory droplets. The stains found on the patient belonged to parts of West Africa, which includes Nigeria.

Also Read: All you should know about rare viral infection “Monkeypox” which affected two in UK

The patients coming from Nigeria had a total of six patients who were infected with monkeypox, people were from the United Kingdom, Israel, and Singapore, according to the reports. The recent case which was found wasn’t related to the cases reported previously.