Is Shein really coming back to India? This time on Amazon, check details

Although, the makers of Shein has not released any official statement on the same but Amazon... 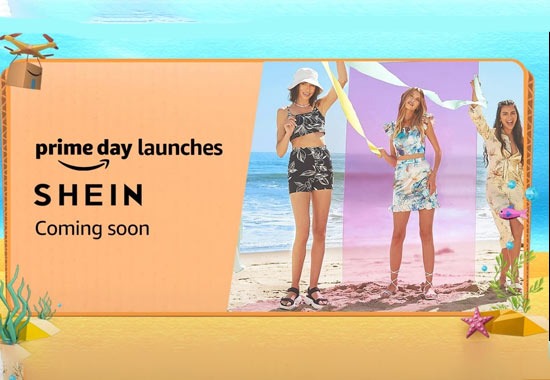 Last year, over 200 Chinese apps were banned which included some of the most popularly used applications such as Shein, PUBG Mobile, Wehat, Camscanner and TikTok. Many apps are now substituted with the Indian versions of these apps and were happily accepted by the Indian population.

Previously, one of the most loved applications, PUBG Mobile India which was a Chinese app and was replaced with a new identity as Krafton’s Battleground Mobile India. And as a matter of fact, the Indian version of this game managed to pull up to 38 million users to their game in just 2 weeks of the release.

Also Read: Amazon Prime Day Sale to start on July 26: Here's everything you should know

On the occasion of the 5th anniversary of Amazon Prime in India company announced a two-day sale with which the company also wished to empower more and more sellers with keeping an eye on consumer satisfaction. So it is expected that the re-launch of shein on the platform of Shein will be also scheduled on this day itself.

Although, the makers of Shein have not released any official statement on the same, but on the flip sideAmazon has created a dedicated page for the Prime launch of the Chinese app. The website remains the same and still displays, “Dear customers, to make timely adjustments, we decided to temporarily pause new orders from India starting from 11th of July, until we can reach a new agreement with the government and the ban order is lifted.”Till now it is controversial as to why the makers of Shein haven’t made any official statement.

Also Read: After PUBG Mobile, China’s SHEIN to re-launch in India, here’s what you need to know

Even the US government took an action to ban TikTok and WeChat after weeks after the Indian government banned them to secure their national security and stating they are prejudicial to the integrity, security, and sovereignty of the nation.